Now's the time for 'accomplished' tablet devs to take on consoles, reckons TIGA 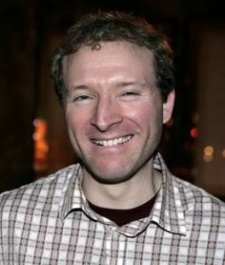 July 31st, 2012 - 09:00am
By Keith Andrew
It's easy to forget now, but the weeks leading to the original iPad's big reveal were equally split between those eager to splash their cash on new tech, and those ridiculing it as 'just a big iPhone'.

There's an argument to suggest that's how many developers saw it too, with many focusing on simply scaling their iPhone releases up in the device's early days.

It's a tactic TIGA CEO Richard Wilson believes has since been superseded by more savvy outfits delivering titles specifically tailored for tablets.

Just as well, given the trade association has been keen to talk up said device's role recently, asserting that developers need to devote more time to tablets moving forward.

We caught up with Wilson to find out why he thinks now is the time for tablets.

Pocket Gamer: Do you think it's taken developers a long time to understand the opportunities tablets represent, both on a technical level and a consumer level?

Richard Wilson: The success of the Apple iPhone caught the imagination of developers.

A host of great, creative games have been made since then with developers taking advantage of the lower barriers to entry, the direct distribution, the low costs of development and a marketplace which makes it easy for gamers to buy gaming apps.

The subsequent unveiling of the iPad allowed those developers to switch easily from phones to tablets and take advantage of the larger screen and they saw the potential, from a consumer point of view, of porting their games to the new tablet.

Over time they have also become more accomplished, technically, and tablet games are now increasingly similar to console titles. I think with anything, there is an element of waiting to see how the market works out - rather than plunge straight in, it can be worth waiting.

We're seeing that, to some degree, with the Nexus 7. There are not as many Android tablet apps but once sales take off that gap will be bridged.

Should games be specifically designed for tablets, or are universal apps okay?

I would say they should be specifically designed. Only then do you get the very best out of the technology.

Each gaming platform performs at different levels and tablets are no different. Developers should - and do - take advantage of those larger screens and the processing power.

The better their games are for gamers, the more likely those players will return, thereby making the tablet even more viable in the future.

However, there are clearly cost implications in designing specifically for tablets.

Nexus 7 finally seems to be brining some momentum Android tablets way. Is this good for developers, or will their loyalties  and development time  be split as a result?

New platforms and fresh markets are always good. Of course, there will be a split of development time but developers will prioritise depending on the platform which works best for them.

It makes sense for developers to make their games available on all platforms although there is a train of thought that too many platforms can put a strain on development and that too many resources are given to being cross-platform.

What do you make of Microsoft's Surface? What type of consumer do you think Microsoft will target, and what opportunities will that present?

Its a good move by Microsoft. It's also a case of console manufacturers realising the power and potential of tablet devices.

The opportunity was spotted early on when Sony tied its PSP with its PlayStation console and Nintendo has gone down the path of putting its own tablet of sorts in the same box as its Wii U machine.

But what Microsoft is doing is enabling consumers who are comfortable with the devices they already own to make the most of them with their Xbox 360s.

Overall, where can tablets go next, and what can developers do to make sure they take advantage?

Well, a survey we published showed that smartphones are the most popular gaming platforms for developers and we can see the same happening with tablets.

Almost half of UK developers are producing games for mobile, with half of the 47 percent of developers who self-publish making games for the iPad. Because smartphones are increasingly prevalent, used by large proportions of young middle aged people, the market for video games has increased and is increasing.

It's a relatively straight-forward market to enter and, because self-publishing gives then greater control than they would otherwise get from a publisher, we can see tablets being furnished with many great games over the next few years.

All developers need to do to take advantage is ensure they have efficient teams, good promotion and the sort of great support that a dedicated developer-organisation like TIGA can provide.
Thanks to Richard for his time. Reply
John Pickford
I'm sure it makes a lot of sense to take an established hit title from mobile to the consoles but in the majority of cases those titles would be incredibly unlikely to be made for consoles initially. The mobile 'space' is a lot more open and there are far fewer gatekeepers dictating which games can be made.

I don't know how many mobile developers look on consoles as the next step or a step up. For me it seems more like a backward step.