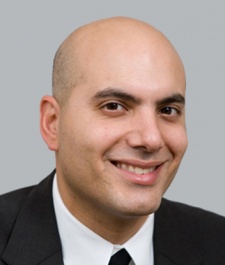 July 31st, 2012 - 11:30am
By Keith Andrew
For all the supposedly negative press that surrounds HTML5 as a platform for games dev at the moment, there are firms that simply refuse to let their faith in the language slip.

Businesses such as Ludei and appMobi, to name just a few, have a vested interest in developers supporting HTML5 en masse, and have sharpened their toolsets accordingly.

As such, and like Ludei's founder Eneko Knorr before him, appMobi CTO Sam Abadir believes those who are currently struggling with the language just aren't using the right tools.

We tracked down Abadir for his take on why the HTML5 rush is only just getting going.

Pocket Gamer: HTML5 was once touted as a way for developers to avoid native app stores, launching multiplatform web-based apps instead. Isn't openBuild aimed at native apps, rather than web-based ones?

Sam Abadir: While HTML5 may be a way for apps to be published without going through native app stores, openBuild opens the possibility for either native store or pure web publishing using one cloud based tool.

There seems to be a rush of new tools designed to aid HTML5 development. Is this a sign developers are finding working with the language more difficult than people had anticipated?

It's actually a sign that HTML5 is gaining traction as a language.

In the history of programming languages, the surest sign of traction is when tools start proliferating. For example, Java really took off after Jbuilder, JBoss, Web Sphere, Eclipse, etc. They really provided a means to develop in applications.

Developers such as Glu have questioned HTML5's ability to serve as a suitable platform for high quality mobile games for 5-10 years. What's your take on this?

Obviously we disagree. iPhone itself is just over five years old. Who could have imagined the changes that the smartphone brought to the world?

This industry advances very quickly. On today's devices, like iPad, HTML5-based games are capable of pretty good things, and each new browser and hardware just increase the speed.

If you define 'high quality mobile games' as anything but 100 FPS fully GPU rendered shooters, then Glu is wrong because it's happening today, not 5 or 10 years from now.

Wooga recently announced it was taking its own HTML5 project Pocket Island open source, claiming it had been unable to get the game running at the standard it was looking for. Did it make the right decision, or is Wooga effectively waving the white flag?

We have no way of saying whether it was the right move for Wooga or not.

It definitely did not research what was available to optimise and accelerate the game, because they should have been talking to us about it - we announced HTML5 acceleration over a year ago and open sourced our iOS acceleration tech in November.

Mobile is a very different environment than desktop - which is their background - and I suspect they are learning a lot as they try to bring other games into the mobile environment.

Right now HTML5 is a hot topic and many companies have seised on the opportunity to get press by promoting it or debunking it - sometimes both!

We thought it was pretty amusing that, even though Wooga's blog post concluded that they are confident in HTML5's eventual success, the headlines were all about 'Wooga gives up on HTML5'.

Related to this, what do you think are the challenges of working with HTML5, and what are the advantages?

The reason that game devs are looking to HTML5 is to be able to span all of the devices that make up the mobile market, so I'll answer this from that perspective.

In terms of challenges, design and coding considerations when you have multiple display aspect ratios to consider, testing and debugging tools are just starting to get to a usable state, managing multiple app store assets, copy, certs, and builds is a challenge. Memory and load time management is key for user experience.

As for advantages, it's possible to leverage 90 percent of the game design work - story, art, testing, flow, coding, engine - from supporting just one platform into supporting a lot of platforms.

Although the Apple store is the primary place where money is being made today, we believe that Google, Amazon and others will become great venues for game developers to make money as they grow.
Thanks to Sam for his time.

Mixi becomes the latest firm to invest in Genies