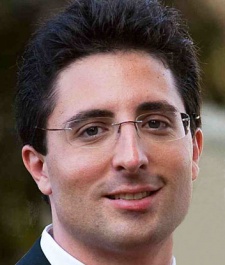 No. Despite being on a drive back to profitability after more loss-making years than its investors care to remember, the company made its third acquisition in as many years.

Two of these were development studios, but the recent surprise was Glu's decision to buy online game hosting and services outfit GameSpy.

But this isn't how turnaround companies are supposed to act.

"We think GameSpy has the best database and server infrastructure in the business," he explains, adding that competitors such as Zynga have invested heavily - 'hundreds of millions of dollars' in similar cloud-based services.

If only for that reason, he argues, GameSpy is a good deal.

"And we're getting our deal dynamics right. We're not buying companies at the peak of their valuation."

Another nod to competitors such as Zynga, GREE and DeNA.

Play and pay together

Still, with the exception of Gun Bros., Glu hasn't launched many games with multiplayer or the increasingly popular player versus players features.

Having GameSpy inhouse means it will be doing so in future.

The reason this is important are because such features encourage players to play more, play longer, play with their friends, and then spend more on in-app purchases.

Meanwhile, Glu Mobile is already doing well in terms of its reach.

It now has 277 million accumulated game downloads, of which 46 million were during Q2, with 3.4 million users playing its games daily and 29 million playing monthly.

It's also broken out some interesting title-specific figures in terms of its released games (see below). The hope is that adding GameSpy to the mix will see those ARPDAU rates rises in future quarters.