In the place to B.C. 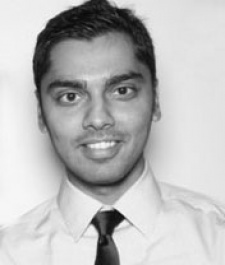 August 13th, 2012 - 04:11pm
By Jon Jordan, Contributing Editor
San Francisco remains the beating heart of the mobile-social development scene in the west, but it seems that even the Bay Area is now over-heated.

Instead, the big publishers are looking wider afield for their next studio locations; and Vancouver is looking mighty popular.

So alongside companies such as DeNA and GREE, TinyCo has just announced its new facility will be located there.

We caught up with CEO Suli Ali to find out why.

Pocket Gamer: Alongside San Francisco and Montreal, Vancouver is one of the most competitive locations for hiring game developers, so what's the advantage of setting up a studio there compared to other - cheaper - locations?

Suli Ali: Vancouver is a burgeoning game development community with a lot of great creative in the mobile space. It's not as competitive as Montreal, and it will be easy for everyone to communicate on the same time zone.

We will have San Francisco-based resources at the studio frequently and its a very easy flight. It will be easier for us to relocate talent to Vancouver from around the world.

What's the plan in terms of headcount for the new studio?

We want to continue to expand the top engineering, art, design, animation, and PM talent that we currently have here in San Francisco and Buenos Aires so that we can release more new mobile game products.

We will try to ramp up to a team of 60 people within six months, and are already training some initial Vancouver hires here in San Francisco to aid in quick ramp up and launch of new products.

Who is going to lead the new studio?

We are currently speaking to several candidates to head up the new studio but don't want to rush the selection process. We will have interim management from current teams in place as we go through a thorough process.

Will your Vancouver studio specialise in any particular genre?

The only specialty will be the same mandate as the rest of the organisation: top quality, driven by our proprietary infrastructure.