August 15th, 2012 - 12:13pm
By Keith Andrew
It's no slight to suggest that the addition of an app store to Barnes & Noble's Nook range didn't trigger a mad rush by mobile devs to the eReader market.

At the same time, that doesn't mean those who did make the move haven't enjoyed a lucrative time as a result: Apple's App Store may boast scores more apps, but just what percentage can claim to have grossed $100,000 within their first month on sale?

It's figures such as this that have resulted in YoYo Games adding support for Nook to its multiplatform development tool GameMaker: Studio.

According to head of publishing Stuart Poole, Nook offers devs a route to consumers they might otherwise miss.

As the company also adds on a whole new suite of monetisation and analytics services to the tool, we caught up with Poole for his take on GameMaker: Studio's next steps.

Pocket Gamer: Overall, how is GameMaker: Studio performing post launch? Any facts and figures on the number of developers using the tool?

We anticipate that more than 10,000 developers will be using GameMaker: Studio by the end of the calendar year. This is remarkable considering we launched the product on 22 May.

Which format is proving most popular?

The formats that have been the most popular to date are HTML5, Android and iOS.

GameMaker's support for HTML5 is notable. What do you make of recent claims by some developers that it'll be 5-10 years before HTML5 can support high quality games?

HTML5 is the future and we're passionate about it and are heavily invested in it. 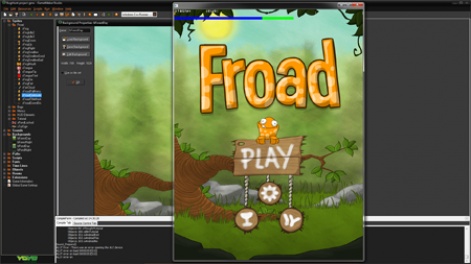 The great thing about GameMaker: Studio, and what sets us apart from our competitors, is that we give the developer options.

We know developers who are having great success with HTML5 games, but, if HTML5 is not thought to be advanced enough for mobile, developers can opt to publish on Android, iOS or a host of other formats.

Some will say the decision to support Nook is an interesting one. Was that a response to developer demand?

The goal with GameMaker: Studio is not only make it easy for developers to create high quality games but to help them be successful in expanding the audience for their brands and increasing the revenue potential for their IPs.

That means availability across platforms.

Nook presents a big opportunity for developers and therefore we wanted to show developers how easily publishing to the platform can be.

The Nook team at Barnes & Noble is also very enthusiastic about gaining traction with new developers and have lots of opportunity for promotion and support.

What opportunities do you think Nook offers for mobile developers?

With eReader purchases on the rise and games being a big driver of sales, the potential for games on Nook is promising. 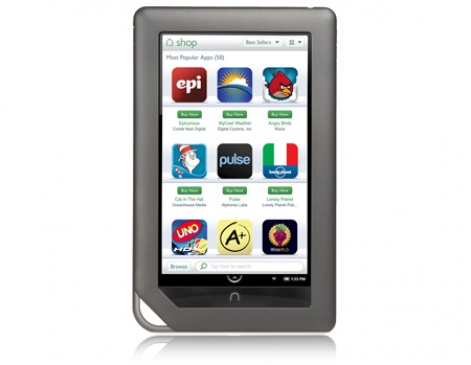 According to Barnes & Noble, top-selling Nook apps have the potential to gross more than $100,000 in the first 30 days of sale on the Nook App Store.

Any plans to spread support for GameMaker: Studio to further platforms?

We absolutely have plans to support more platforms.

One of the things that makes GameMaker: Studio so unique is that new platforms can be added in a matter of weeks. Look for some very big and exciting announcements from us very soon.
Thanks to Stuart for his time.

Reply
Action Mobile
Did they say what games have actually done over 100k in the first 30 days?
Posted 7 years, 5 months ago