For readers not au fait with the north west of England, MediaCityUK is fast becoming Greater Manchester's creative hub: originally fuelled by the BBC's decision to move a vast portion of its operations to the area, the area is now attracting media-focused firms left, right and centre.

It's the perfect base for an indie looking to fuse ties with other outfits operating in the sector, but Yippee's decision to set up shop in the region is no coincidence.

Both CEO Mike Delves and commercial director Lorraine Starr spent vast portions of their career at the now legendary Ocean Software during the 1980s and 1990s, formally based down the road in Manchester's Castlefield district.

With Yippee's debut release Chimpact having just hit the App Store courtesy of near neighbours Chillingo, we dropped in on Delves and Starr - plus technical director Steve Ruddy and lead artist Kevin Green -to find out why, for these Manchester marvels, the prospect of developing 'pinball with monkeys' was just too tempting to resist.Pocket Gamer: How did Yippee Entertainment get going?

Mike Delves: We've been in the industry for an average of about 20 years, and we've worked together at various companies on and off during that period.

It seemed that, in January 2011, the stars aligned for us as a collection of talented industry professionals to strike out on our own and create Yippee Entertainment.

Lorraine Starr: When we started out, we worked from Mike's dining room, but we were coming up with ideas, and it was quite exciting when we've all worked for other large publishers and developers to be able to join together as a team.

How is it different striking out on your own in that way? What are the advantages or disadvantages?

LS: One of the key factors is that we've known each other so long, so we all know each other's skill sets and talents.

We know that everybody works well together, and I think everyone has felt really happy that we're doing it for ourselves. That's made a big difference to the creation of our first game Chimpact.

We feel that we've created something with love and with fun, and hopefully that shows through. 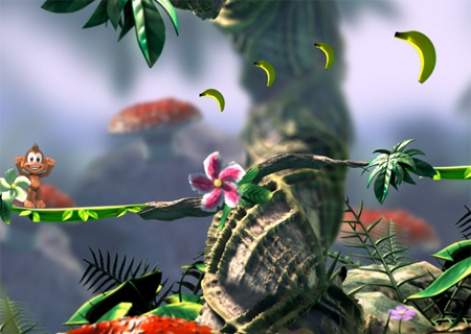 MD: Certainly the landscape has changed when we think back to consoles compared to where we are in the present. There's a low barrier to entry for somebody to start up a business now.

That was certainly one of the key drivers for Yippee in terms of testing an IP in a mass market audience such as iPhone and then fulfilling it as it unfolds.

LS: Actually, we went out for lunch recently to celebrate the launch of our game, and we were talking about some interesting things about the direction we took.

We'd been doing a lot of very grim stuff in the past [at other companies]. [Laughs]. 'Gangster games' and World War III... they were all fun to work on, but we were looking to do something that wasn't all about slaughtering everybody for once. We wanted to do something cheerful.

It's very much a kind of 'back to the old school' feel. The new platform and business model with the App Store gives us the opportunity to get back to the kind of thing we did years ago, but in a modern way.

Is there anything you miss about being at a major publisher?

KG: I miss not having a QA department.

MD: And you're obviously a lot more financially secure when you're drawing a wage from a company, but it's a risk-reward thing for us.

The reward is obviously the product itself  we're really proud of it.

Talking of times past, how does the scene in the north west of the UK now compare to Manchester and Liverpool's heyday in the 1990s?

MD: There's definitely been some rejuvenation in the development community in Manchester, and that's because of mobile's low barrier to entry. It enables people to seed new business.

Historically, when you go back to Ocean Software on Castle Street in Manchester - that used to be the UK's Silicon Valley of the gaming industry.

We're glad to be part of the green shoots of this new scene  in Manchester - especially in these tough economic times.

Yippee gives you plenty of independence so what drew you to working with Chillingo?

MD: Firstly, we were setting up a new business, and second, we were launching a new IP, building new technology etc  that was all our total focus.

For us to then start thinking about marketing when it isn't our strong point was a bridge too far at the time.

So we reached out to the biggest player in the sector from our perspective to assist us with marketing, which has enabled us to focus directly on gameplay  crafting the game so it's perfect.

LS: Being local as well was a big thing for us  Chillingo being down the road in Macclesfield.

What do you think of those indies that do go their own way?

LS: I wouldn't fancy doing that right now, I have to say.

Knowing what we know now and what we've learned, and the time the development has taken. I think everyone sets out wanting to do a nice quick game  'let's turn out an iPhone game every six weeks', etc.

Because this was our first title, we wanted to do something that showed off our skill sets. Nobody gives a damn about what you've done in the past  they don't care.

You're only as good as your last product, and we wanted to take care and take time with Chimpact.

For us to have then had the marketing expenditure on top of that, we would've had to employed someone in-house or got a firm to do it  it would have been silly cost wise, and it's what Chillingo has a successful track record doing.

On that note, how would you describe Chimpact to someone who knows nothing about it?

KG: It's a friendly, approachable arcade platformer, with a very simple interface. It's got some great characters, is accessible to everyone, but it has some hidden depth  mainly in the scoring system.

If you want a real meal out of it, you can do, but if you just want a quick fumble on the train or while waiting for your bus, you can do that as well. That was our goal.

We had three real things we wanted to promote as the Chimpact idea  great visuals, very simple controls, and great characters.

Steve Ruddy: I think one of the main things as well was the fact we used the touchscreen  we didn't try and use a virtual D-pad or anything like that.

When I played it, it reminded me of Sonic Spinball, in the way you have to be delicate with the controls if you don't want to miss out on anything...

KG: We did look at a lot of pinball tables and mini golf games and stuff like that, because it's about taking a shot and seeing the results. It has a measured pace to it.

MD: When we were sat around the kitchen table before the offices we are in today, we had four or five ideas, but when Kev painted this picture of launching a chimp and he's ducking for cover, we all immediately saw the character it would have. 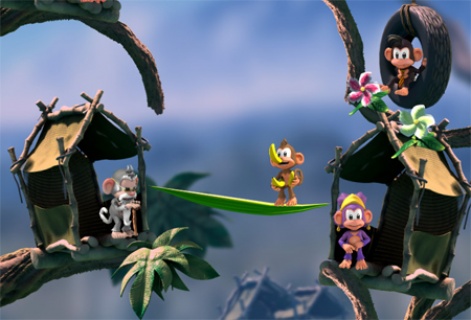 SR: All our ideas started out by trying to get our play mechanic sorted for iPhone or iPad  it was all about controls first.

It's interesting that lots of developers who have worked on console who shift to smartphone are drawn to making games with simple controls, whereas the bigger publishers who started out on mobile try to imitate the big console franchises. Do you worry that the advance of mobile might result in the market shifting in that direction?

KG: I don't think it's going to happen  certainly not in the same way  because of digital distribution.

The days when you could get a product in a box, stick it on a shelf and you had to pay to have it manufactured, stored, shipped  that is a whole heap of cash, and it's a very long process.

Compared to sticking it on a server somewhere, setting up a bank transfer and pressing a button  that's a whole different ball game.

It just changes everything. Players have got used to the cheap prices of apps too. They're not going to go back from that now.

Talking about price  you're on the App Store at 69p. Were you tempted to go freemium?

LS: We actually would have liked to have gone in slightly higher than 69p, but we took Chillingo's advice and their experience.

KG: It's where the market is for Chimpact. It does make me wince when it goes out at that price, though  the love that has gone into it.

We'd always hoped for more, but the market forces dictate its place. There is always the option of making it free down the line. We've left the door open to that in the future. 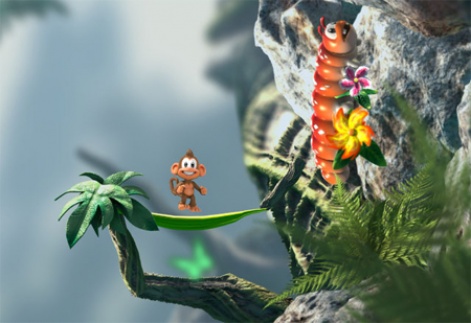 SR: Coming from console development, it is a strange thing just to give your game away. But people are into paying for in-app purchases much more freely than they are paying for a game  that seems bizarre to me.

You're coming to Android soon. Will launch at 69p on there, or are you worried about piracy?

MD: It is a great worry.

LS: We've seen it already, even on iOS. It's disturbing.

MD: It's disturbing that, even at that price, people will still go through the 20 minute process of cracking it just so they don't have to pay 69p. [Laughs]

Looking ahead, will family games be your target group for everything you do?

MD: The name 'Yippee' makes a statement about what we are. We're about generating that 'yippee' feeling you get when you beat that level, or beat that boss. That's what we want to project, and hopefully people will feel that from the products we make.

Family entertainment  casual social  is where we're going to stay, because otherwise we'd be going against the core of Yippee Entertainment.

As Kev so delicately suggested earlier, we're not going to be working on gangster games any time soon. [Laughs].
Thanks to Mike, Lorraine, Steve and Kevin for their time.

You can find out more about Yippee Entertainment on the studio's website.