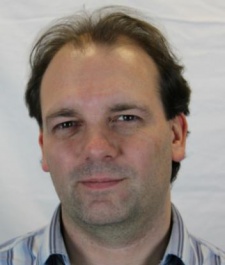 UK studio Distinctive Developments was formed in 1994, and has been focused on mobile gaming since 2001, which makes it something of a dinosaur by industry standards.

But despite its advanced years, it hasn't been afraid to change with the times.

The company plans to adopt a more "service-minded" approach to its titles, and has announced plans to invest heavily in its publishing business.

To find out more about what changes are afoot for Distinctive, we caught up with managing director Nigel Little.

Pocket Gamer: You say that you're hoping to adopt a more service-minded approach to publishing. What does this mean?

Nigel Little: Unless you've been living in a cave for the past few years then you will had noticed the games industry has fundamentally changed. No longer is a game seen as a product that is developed, released and then forgotten about.

Social games and mobile games have changed customers' expectations and games now have to be viewed as a service where new content is delivered over time in return for customer loyalty.

The danger in adopting this for a small(ish) developer like Distinctive is that it's easy to either neglect your existing games or spend so much time supporting existing games that you don't have time to develop new titles.

Our solution to this is to set up a separate department - we call Launch & Live - that is tasked solely support the launch of our games and create new content over their lifetime so that the rest of the company can concentrate on developing the next big hit title.

What's the secret of Distinctive's longevity?

We've certainly seen a lot of mobile studios come and go over the years. Some have blown millions of dollars of venture capital and others have been acquired.

We had opportunities to follow either of these paths but we wanted to be the masters of our own destiny, preferring to remain completely independent and grow the business organically.

The business has always been built on three pillars: retain customers by making great games; retain staff by respecting them as individuals; and retain profits for those inevitable rainy days.

It's probably not the most exciting, gung-ho way of running a business, and it's also not easy to achieve over an extended period of time in an industry such as ours, so I'm very proud that Distinctive has been around for so long, putting out such great games on mobile.

Overall we have always tried to live up to our name, Distinctive, and do things differently - not just blindly follow what everyone else is doing.

Pricing models on mobile were completely different three years ago, let alone ten. How have you adapted to this?

It's been an intense time where there was a sudden step up in terms of technology, development budgets jumped up accordingly and at the same time there has been this run-away train crashing through the industry in the form of the free-to-play business model.

Naturally we have had to adapt to all this. Rugby Nations continues to perform very well as a paid game. And our first free-to-play game, Football Kicks, has been downloaded by nearly 14 million people.

So our view is that whilst we fully embrace the free-to-play model, we still very much feel there are games that will always be better as paid games, both in terms of return-on-investment and customer experience.

Moving forward, you have plans to invest heavily in building your publishing business. How will that change your operations in the next 6-12 months?

We'll be putting more structures in place to support our publishing efforts, investing more in marketing our games, and further improvements in our technology and development processes.

But, what I find most exciting is that we're building a world-class team of people who can think differently, and we're then giving them time and space to experiment creatively.

I can't wait to see what these guys and girls come up with over the next few years.

And, we hope to still be around in another 10 years!

Thanks to Nigel for his time.