Only spend when and where you need to 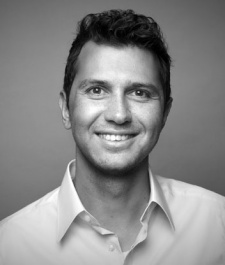 August 31st, 2012 - 02:35pm
By Jon Jordan, Contributing Editor
Lots of mobile advertising and marketing networks will talk about their scale.

Of course, scale does work but according to Trademob's CEO Ravi Kamran, the secret to longterm success in the space is to focus on fundamentals.

"It all comes back to the technology," he explains of the Berlin-based, self-styled 'intelligent app marketing platform', which was founded in 2010.

"We started with the goal to fix the app discovery issue with our mobile ad platform, but we quickly found a deeper issue was tracking," Kamran explains.

"We're tech geeks, so we spent 2011 trying to solve it with our own technology. It was tougher than we thought but now we've solved it."

Indeed, the company's ratio of engineers to sales staff is current 20:1; something that's likely to change as it ramps up its international expansion. Sales offices have recently opened in London, Paris and Madrid, with New York next on the list.

The result of that work is Trademob's proprietary fingerprint solution, which underpins its app marketing platform. This offers network aggregation, campaign tracking and data-driven optimisation.

The company's big push at the moment, however, is its smartBoost product.

This leverages its ability to identify iOS and Android devices in order to enable a much more sophisticated approach to the burst campaigns publishers regularly use to boost their apps' chart position.

"Of course, we're able to track campaigns in terms of the revenue spent and activity created," Kamran says.

"More importantly, though, we're able to optimise this much better for our clients. For example, maybe it's more cost effective to keep your app at #15 in the chart for a longer period rather spending more to peak at #5?"

Obviously, there are plenty of other variables such as which user acquisition networks to use for which territories and at what time. Trademob's partners include the likes of AdMob, Adfonic, Nexage, InMobi and Millennial.

And the key advantage of this approach means developers can sometimes spend smaller amounts of money for better results than they would typical used in less focused burst campaigns.

Working with the likes of eBay Classified, icq, Universal Music and Wooga, Kamran says Trademob is happy to work on campaigns worth hundreds of thousands of dollars, but it's also happy to scale down to tens of thousands.

"The bottomline is we can save developers money and still exceed their goals," he says.

You can find out more about what Trademob offers via its website.