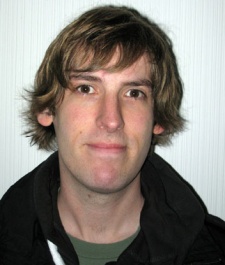 September 3rd, 2012 - 03:04pm
By Jon Jordan, Contributing Editor
Well known, initially as a developer and then as a publisher, it seems that Crescent Moon's Josh Presseisen still has some spare time.

With six games already scheduled for release over the coming months, we caught with Presseisen to find out his thinking on the new initiative.

Josh Presseisen: Well, I just take things as they come at me usually, and this sort of came at me, so I had to deal with it.

You've already got a bunch of games signed up. How did you find them?

Most of them came to me via our web form on the Crescent Moon site. It was after I had received so many submissions that I couldn't stand it anymore that I started this new label.

A lot of the submissions were 2D games, casual games, and experimental games. They just didn't fit in with Crescent Moon so it made sense to start a new publisher.

Why do you think there's so much demand for mobile publishers?

Given the crowded mobile space, which gets more crowded day by day, discoverability is a big issue. Smaller developers are looking for publishers to help them get the visibility they need.

It doesn't always work, of course. There are cases where an unknown developer can skyrocket to the top of the charts based on word of mouth and/or an incredible game. But there is a consistent view that games which are published on various labels do better than 'average joe' developer submissions.

Much of the exposure for indie/experimental games comes direct from their developers, so do you think a publisher might get in the way of this?

I don't usually get in the way of what developers are doing. I only try to help them get a 'market advantage' by using my networking ability and insight. Developers love to talk to players, and I think it's a great thing. I like to talk to them as well, and help out where I see necessary.

The main push is for visibility and getting the games out there so enough eyes can see them. Part of this push is using cross promotion within our other games.

We'll be leveraging Crescent Moon to help push Forest Moon games, and vice versa, even though they are different labels.

What's your plan in terms of how many games you want to release per month?

I have no plans for release schedules. I do things as they come at me. In my opinion, the market changes too fast to have a plan.

Some may be afraid of this fly-by-the-seat-of-your-pants publishing, but I think it keeps it fun and interesting.

If a game is ready to go, then it's time to submit. I'm not going to be rushing games out for the sake of rushing them. I add my advice in terms of polish, but for the most part, I leave it up to the developer; when they feel the game is ready.

Why will you be focused just on iOS/Mac?

There is the possibility we could jump to other platforms; Crescent Moon has dabbled in a little Amazon and if Amazon was to grow a bit larger, it would be much more attractive, because it's a nice system. iOS/Mac still is the main push for us, though.

What's your view in terms of the business model for the games you'll publish - 99c, F2P etc?

In this case I'm going to leave pricing to the developers.

All the games that have come in so far look like 99c or $1.99 games. Some have IAP, but I'm not going to restrict Forest Moon to be a paid-only model.

What can you say about how the business model works for developers who sign with you?

It's a fairly typical revenue share deal. It depends on the game itself and what is required. For example, some developer are asking me for art assistance.

What impact will running Forest Moon have on the games you're working on for Crescent Moon such as Ravensword 2?

It really shouldn't have any impact, as Ravensword 2 has its own dedicated team.

I've always been good at multi-tasking and getting things done as needed in all areas. I like to be distracted. I think it helps me work faster! Also I usually work from 7am until 12 midnight.

You can check out Forest Moon's launch line up of games here.