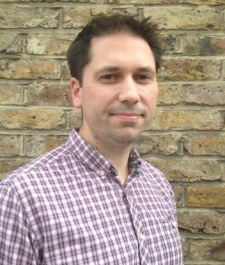 September 5th, 2012 - 10:39am
By James Nouch, Staff Writer
Marmalade has just launched the latest version of its cross-platform development framework, and its headline feature is SDK support for Windows and Mac OS X.

In other words, Marmalade users can now deploy their games to desktop platforms with just a few clicks, a feature that lets mobile developers re-target their existing content quickly and easily.

Marmalade's head of SDK products Tony Waters told PocketGamer.biz that the SDK includes support for developers looking to launch on Steam and the Mac App Store, although "there are also two or three other stores we hope to announce shortly after release."

"We're essentially going through a testing phase with each of those channels, and we'll announce those once we're certain we can support them," Waters explained, noting that even Steam and the Mac App Store alone gave developers access to an audience numbering in the tens of millions.

"It's a very big market, but really, it's about reusing the effort they've put into creating the titles they've deployed already, and accessing new customers."

"The casual games market is picking up quite a bit, and we've also noticed that the sort of money people are prepared to pay for casual games on desktop compares pretty well to what you can do on mobile platforms."

The market is "a little immature", Waters says, referring to the relative lack of freemium titles on desktop platforms, but that's set to change, as developers "take the learnings from the mobile space and move those over to desktop."

Other noteworthy features of SDK 6.1 include the option to mix HTML5 with native platform code to create hybrid apps  which might, for instance, take advantage of native performance for gameplay while using HTML5 for the user interface.

Another new feature is support for the MIPS architecture on Android  usually found in cheaper, low-end devices and particularly popular in China.

"It's a growing market," Waters explained.

"The number of MIPS devices in China is growing rapidly, and Marmalade is now able to target those devices as well."

As for future iterations of its SDK, it would seem that the Windows 8 and Windows Phone 8 are both obvious priorities for the team at Marmalade.

"We will support Windows 8. The timings are still to be determined, but we will do it. The next big target for us is Windows Phone 8."