Giant right to take its time 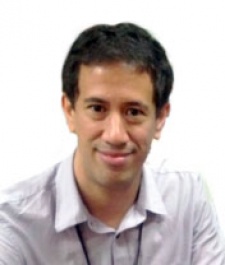 September 6th, 2012 - 02:06pm
By Keith Andrew
With the prospect of new Kindle Fire hardware looming large, it's easy to forget that Amazon's success to date has been limited to just one side of the Atlantic.

The firm's debut tablet has certainly made an impression in the US  mere sales figures aside, Google's Nexus 7 is an obvious reaction to Amazon's efforts in the market  but European gamers have, until now, been left out in the cold.

Things look likely to change, however.

The roll out of Amazon's Appstore for Android across the EU5 suggests a debut for the original Kindle Fire's successor on both sides of the pond looks likely.

For a take on what Amazon's Android expansion may mean for developers already invested in its platform, we caught up with Simon Newstead, CEO of Hong Kong/US startup and Me Girl outfit Frenzoo.

Pocket Gamer: Firstly, what do you think Amazon's Appstore for Android offers that Google Play doesn't?

Simon Newstead: They are both great platforms.

Amazon's bundling of hardware, content and billing makes the out of the box user experience particularly simple, from chart app discovery through to purchase and in-app purchase (IAP).

How has Amazon's Appstore been performing for you in North America, and what impact do you think it'll make in Europe?

Amazon's Appstore has been performing well in North America  it's a real contributor to our revenue.

Style Me Girl hit both Google Play and Amazon's Appstore

Our European userbase on other platforms is up to 20 percent of our global total, so it's good that Amazon's Appstore is expanding out of its home market.

Why do you think Amazon has held off launching the marketplace in Europe until this time, and has that been frustrating for Android devs?

It's good that Amazon is taking the time to first get the basics right.

IAPs are an example  they weren't there at launch, but they were added on earlier this year and have contributed to a lot of growth.

I think it wouldn't have made that much sense to expand wider before the basics were in place. I'd love to see it launch further to other regions including Asia, where my development team is based.

From your perspective, does Amazon's position as a vertical player  controlling both hardware and software content - hand it any kind of advantage over other mobile and tablet manufacturers?

Personally I think there will be room for both types of models in the market - vertically integrated offerings that particularly suits a consumer who wants a great out of the box experience and content consumption, and those looking for more hardware and software variety to suit personal tastes.

What impact has Amazon's GameCircle service made on Android devs?

I think it makes sense to have a game sync service on the platform.

Given there will be more devices in the future, having ways to pick up and resume progress on a different device is good for the gamer. Leaderboards and achievements are also nice additions and give context to progress in the game.

I'd say it's a good step forward for the platform.

Specifically, what kind of traffic have you seen from Kindle Fire?

On a day by day basis it varies from 10 to 20 percent of our total traffic.

Amazon claims its US Kindle Fire inventory has sold out, pointing towards the probable launch of a successor  perhaps this time on both sides of the Atlantic. What would you like to see in any Kindle Fire 2?

Like everyone, I'm looking forward to see what Amazon announces.
Thanks to Simon for his time.

Frenzoo raises another $1 million to expand Me Girl franchise