But if you think the opportunity is big in the west, just consider the Chinese market, which is going to be both the largest and fastest growing over the next couple of years.

That's why Chinese mobile ad aggregation outfit Guohe has quickly moved to set up its own iOS cross-promotion play.

Called MIX, it combines features such as exchanging users between developers with matchmaking services such as localisation for western companies looking to enter the market.

Android isn't yet supported because the multitude of Chinese app stores for the OS make it much harder to share installs.

"We were one of the first mobile ad aggregation platforms in China but with the growth of games, we decided to launch MIX, which is purely for iOS ames," explains co-founder Neo Zhang.

"Android has big potential, but at the moment, we think it makes more sense for companies to focus promotions on the stores themselves."

Zhang says over 150 developers are already using the platform, which launched three weeks ago. 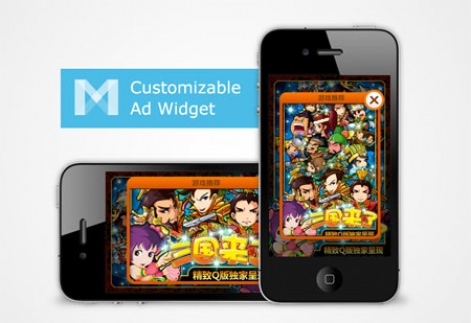 The hope is it will provide the flexibility for developers to accumulate enough inventory to promote their new games, especially in terms of indies and smaller teams.

As in the west, big publishers are also using the opportunity to spend their marketing budgets on buying users.

"A lot of Chinese PC games companies are coming to mobile and they can spend millions of dollars," Zhang points out.

Of course, this feeds revenue into the developers who are selling their in-game inventory.

"We believe we can help small to medium companies monetise better," he says.

You can find out more details via the MIX website (Chinese language).