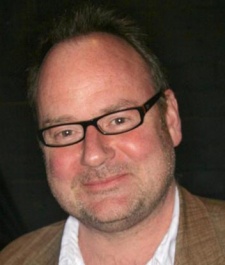 September 17th, 2012 - 01:45pm
By James Nouch, Staff Writer
At the end of August, Revolution Software asked the Kickstarter community for $400,000 to fund a new Broken Sword game for release on PC, Mac, Linux, Android and iOS.

Predictably, the project comfortably exceeded said target, raising well over $100,000 in 24 hours and hitting the $400,000 mark after just a few weeks.

But how will this cash be spent, and why did Revolution - a studio you might imagine would have a better chance of securing publisher backing than most - turn to crowdfunding in the first place?

We spoke to CEO Charles Cecil about publishers, creative freedom and financial risk.

Pocket Gamer: You've exceeded the $400,000 you asked Kickstarter for, and there's still time left for you to raise more. How exactly do you intend to use all that cash?

Charles Cecil: Adventures, in requiring so much unique content, are expensive to write.

Most of our competitors have chosen to change their approach to allow cheaper development costs. We decided to stick to high production values  so this will be an expensive game to write.

We were able to self fund the first half, but needed to fund the balance  Kickstarter has allowed us to do this. Now we are fortunate enough to be able to deliver on our stretch goal pledges.

The first was the promise to restore elements that were cut at the early stages due to budget and schedule constraints.

The second is to add an extra section  which is fantastic, because the game will be considerably more ambitious, but will require us to reschedule and redesign certain elements.

What sparked the decision to crowd-fund Broken Sword: The Serpent's Curse? Why not partner with a publisher?

We started production knowing that we would need to raise the remaining funding mid way through development  and were confident that we would be able to do so.

Double Fine then launched their Kickstarter project, with huge success, and we decided that we should try to do the same.

We have found that with Kickstarter not only do we benefit from funding, but we also have the opportunity to work directly with a large number of fans of the series - crowdfunding really does offer an extraordinary opportunity.

Until recently the publishing model in which a publisher funded a game  and in taking the financial risk benefitted from its success - just didn't work for independent developers like Revolution.

We have had considerable success self-publishing our games on Apple platforms and more recently Android.

We continue to work with publishers on boxed products and wherever else is appropriate. Since we have funded the game together with our fans, we will now be able to benefit if the game is successful.

You've said that self-publishing will guarantee you and the team at Revolution 'creative freedom'. Exactly what are you hoping to do with Broken Sword that you feel you wouldn't have been able to do under a publisher?

When a publisher funds a game and takes financial risk, they quite reasonably want to manage production and schedules.

The key problem is that the developer must sign up to specific milestone deliverables in advance which, in practise, are hard to keep without compromising the game.

So, for example, we would need to agree to complete the 'story' by a certain date after which we would have no option to change it  but in reality all these elements need the flexibility to be developed in parallel.

So having control of the schedule, the budget and the creative side allows us the flexibility to best decide how to develop all aspects of the game.

Under the traditional model, a publisher's primary customer is the retailer  and the product needs to be pitched such that a publisher will have confidence that a retailer will decide to stock it once the game is published.

Through this Kickstarter process, we have had very active communications with our fans  currently there are over 10,000. So we can be confident that we are developing a game that they will want to play.

It's a very direct and pure relationship.

Just how much of a risk is self-publishing for Revolution? Or are you confident that a property as well-known as Broken Sword will shield the studio from financial harm?

We don't for a moment underestimate the value that a publisher brings.

But the success of our Broken Sword games on iOS  we had 500,000 sales of the two games last year  has given us confidence that we can successfully self-publish our games on digital formats.

Of course a major benefit of Kickstarter is that we will have over 10,000 evangelists once we release the game  the sort of marketing support that would previously have been unheard of.

We don't take anything for granted, but we do feel that are in a stronger position now than at any time in our history.

Your Kickstarter video was a rather slick production. How important do you feel presentation is to a successful crowdfunding campaign?

Thank you. My instinct is that a video needs to look good, but not too slick  we are, after all, an indie developer.

The video was put together with a local film maker  very talented but he did not have the benefit of a particularly generous budget.

I think that we got the balance about right  although plenty of people have suggested that I don't give up my day job for a career in acting...

If The Serpent's Curse is a success, would Revolution return to Kickstarter to fund its next game? Or should developers avoid soliciting donations from the community when other viable options are available?

I felt that having funded half the project, it was quite legitimate to seek to crowdfund the balance. But crowdfunding is about much more than just raising money.

In particular it allows the developer to receive sincere feedback about the popularity, and therefore the feasibility, of a project, as well as galvanising the fan community.

I actually think that this way of democratising funding will grow and evolve  it is really exciting.

Adventure games seem to be enjoying a resurgence in popularity lately  but is the genre attracting new players, or simply reigniting the passions of older gamers?

Very much both. When we announced Broken Sword: Director's Cut we were delighted by the response from the people who had played the games first time around.

But the success of the Nintendo DS, Wii and then iOS formats showed that genre can appeal to a new audience too  an audience that wants to move on from hidden object and three-gems-in-a-row type games.

It is a great genre to be working in at the moment.
Thanks to Charles for his time.