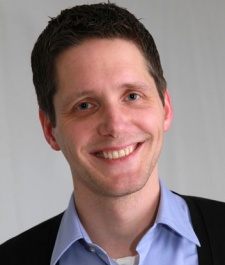 September 18th, 2012 - 07:59am
By Jon Jordan, Contributing Editor
Unlike other German browser-based publishers, Gameforge is making a strategic push into mobile games.

It's extending some of its most popular free-to-play strategy and PVP games so they can be played on mobile and tablets, while also experimenting with a series of strategy and RPG mobile-only releases.

Indeed, in total, its 20-strong mobile development team expects to have released 10 titles during 2012.

We caught up with head of mobile Andre Potgeter to find how the transition was progressing.

Andre Potgeter: The field of mobile gaming is the part of the games industry that is growing the fastest at the moment.

As people play more and more on their mobile devices, it was a logical next step for us as one of the leading online games companies to expand our range of products to mobile games. It is our goal that players are able to access and enjoy our games on as many devices as possible.

Bigpoint recently decided that it didn't want to mix browser games and mobile games. Why is Gameforge taking a different approach?

From the outset it was our aim to offer our players the ability to play their favourite games on whatever platform and device they want. That's why one branch of our mobile initiative is the adaptation of our successful browser games Ikariam, OGame and Gladiatus for tablets. 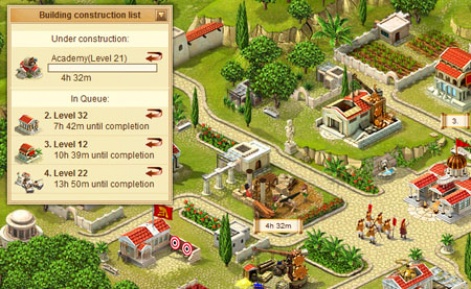 Do you expect to find a new audience for your existing games?

Of course, we also want to address new target groups of players with the mobile versions that weren't already playing our online games.

Our first dedicated smartphone games were a test case for us to see how we can transfer some of the mechanisms of our online games to mobile, for example the multiplayer functions. They are more tailored to new audiences.

But as soon as we really want to start off into mobile on a larger scale, we will also address and invite our massive existing user base of over 380 million players.

You've released four mobile games - Vampires Games, Mafia Game, Stone Age Game and War Game. What have you learned from these in terms of audience and different platforms?

We had to cope with some of the differences of the platforms and operating systems. In general, the platforms are quite similar, but we had to go a different path with in-app purchases in Windows Phone, for example.

Fortunately, this will change with Windows Phone 8. But it was our approach to go cross-platform from the very beginning.

For that reason, we have created an engine that allows us to develop our dedicated new mobile games for all platforms in one step, for iOS, Android, Windows Phone and BlackBerry. We have even expanded it to be suitable for the new Amazon platform. 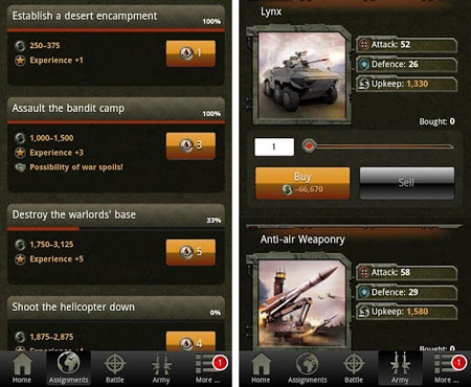 Two screens from the Android version of War Game

Based on this, we've reduced the effort required to adapt our games to the different platforms to a minimum.

What's your approach in porting your browser games to mobile as they're complex strategy games with lots of onscreen UI?

It is important for us that the depth of gameplay of our browser games will be preserved in the mobile adaptations. Nevertheless the controls need to be as accessible and user-friendly as possible, because the screens are much smaller than those of regular PCs.

The biggest challenge for us was to change the controls from mouse and keyboard to the intuitive controls of the touchscreen. To manage this, we have moved some of the navigation bars to different positions and changed their behaviour.

As well as this, we needed to change the way drag & drop works in the mobile versions. We had to find a solution for mouseovers too, because they don't work on the tablet. But players need that information of course.

Gameforge has supported extensive localisation for its browser games. Will you take a similar approach for your mobile releases?

It has always been our aim to release our games in as many languages as possible. For our most popular browser games we offer up to over 40 language versions, while some of our MMO games offer up to 18 including localised versions for the Middle East, Eastern Europe and some Asian languages.

It has always been one of our strengths - quickly rolling out our games to many markets.

Our aim is that players can access and enjoy our games in their native language, and that's what we are going to do for our mobile games too. Offering our games in localised versions opens them up to a much wider audience and gives us a competitive advantage over games which are not available in native languages for the players.

You're developing various internal engines for your mobile games. Why did you decide to take this approach instead of using one of the many middleware engines that are available?

We have had a look at many engines and frameworks, but none of them met the requirements we had for our particular approach.

Our own engine gives us much more flexibility for changes and updates than we would have with a third-party solution. And we could integrate the hard-won experience and expertise from our browser games into the backend engine.

By working with our own environment, we are able to reduce the times we need for our development cycles compared to other platforms. We are now working on the second generation of our own engine that is tailored to strategy games, compared to the first generation that was designed for RPGs.

How important is it that players can play your games cross-platform, both in terms of mobile platforms as well as being on the same server as the PC/browser players?

It is important for us to be present on all platforms to reach the maximum amount of players. But it's also an important concept in terms of the user experience.

We want players to be able to play with each other, regardless of the device they use. A user with an Apple device should be able to play with a friend that is using an Android in the same game world. It was a logical step for us to expand this concept to the adaptations of our browser games.

Are you more focused on tablets than mobiles?

Regarding the adaptations of our browser games, yes, our focus is to optimise them for tablets.

It would be difficult to adapt a full PC browser game to the small screens of smartphones. For our new mobile games our focus is on smartphones at the moment. But they can also be played on tablets, of course.

When do you think HTML5 will be a useful technology for Gameforge?

So far, our mobile games have been developed in HTML, because it suits our idea of cross-platform multiplayer gaming best.

We are also experimenting with HTML5 in many areas. There has been much progress in this field and still some more to be expected. HTML 5 will for sure gain significant importance in the development of mobile content.

Your first 3D mobile game - currently in development - is called Evolution. How that's different to your other mobile games?

Unlike our other mobile games, Evolution is developed based on Unity 3D. Its focus will not be as much on massively multiplayer, but more on the individual user experience. Using Unity 3D also allows us to develop the game for all three mobile platforms (iOS, Android, Windows 8).

At the beginning, Evolution was meant as an experimental playground for us, but during development it turned into a promising commercial project.

Compared to our first few mobile games that were a combination of native and HTML-based development, Evolution is running entirely on the device. This raised some new challenges for us, but we're confident that we have mastered them now.

We expect to be ready to launch Evolution towards the end of 2012.

Thanks to Andre for his time.