And how it could all go horribly wrong 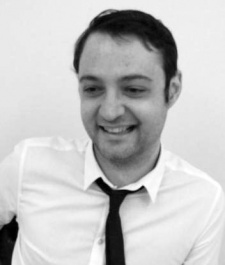 September 18th, 2012 - 11:53am
By James Nouch, Staff Writer
The eternal indie question: How do you promote a game when you've got next to no money?

The answer in almost all cases is, be inventive. That's exactly what Glitch Games - a British indie outfit based in the rolling Oxfordshire countryside - plans to do, promoting its forthcoming episodic adventure Forever Lost without breaking the bank.

How? The studio aims to create a virtual scavenger hunt across a number of gaming websites, leaving a breadcrumb trail of clues that it hopes will engage curious readers, and lead them directly to the game.

It's a risky approach, though. After all, without the draw of a big name or familiar franchise, the only motivation for solving Glitch Games' trail riddles is personal satisfaction.

To find out more about the pitfalls the studio is likely to encounter along the way, we caught up with Glitch Games co-founder Graham Ranson.

Pocket Gamer: You've an ambitious plan to promote Forever Lost  a kind of digital treasure hunt. Could you describe how this will work?

Graham Ranson: We will be creating a series of images  we're thinking a dozen would be great but can go as low as half a dozen if things don't go quite to plan.

Each one of these images will contain a different clue that will only be solvable when someone has found all the other clues from all the other images. Every image will also contain a URL to a site that contains the next image in the hunt, forming a complete circle.

We have contacted around a dozen editors, reviewers and adventure gaming luminaries with the request for them to post an allotted image on a specific date, accompanied by some text along the lines of: "we just received this in our inbox, we don't know what it is for. Can you help us?".

We are hoping that these site's readers will be curious enough to explore the image, find the clue and URL and still be interested enough to then continue on to the next site.

It's our thinking that the sites we have contacted would be interested in this plan as it would require a fairly minimal effort on their end and it would create lots of cross-traffic between all the sites  including visitors from outside each site's usual demographic, perhaps.

When the final clue has been collected the reader will then be able to solve the puzzle, which will then give them another URL to a teaser site for Forever Lost containing our trailer, screenshots and launch date etc.

If we have enough time, we plan to actually make this teaser site a bit more interesting by making it a sort of fake website set in the world of our game, allowing people to then explore it and get to know bits of our story and game before they even play it.

We're not saying this is a new idea, I'm sure other people will have tried this before. It's just new for us.

What kind of expense do you expect to incur in executing this plan?

The beauty of the whole thing is that it is relatively cheap, especially compared to other, more traditional marketing routes such as banner placements. This is very important for us, as I'm sure it is with any indie company, as we are trying to keep costs down as much as possible.

The creation of all the images will naturally be free and we won't need any additional hosting. Furthermore, the teaser site will be very simple and created by us. 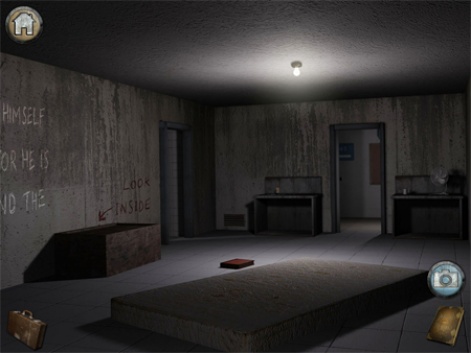 The only real cost will be that of the time spent setting it all up, but seeing as Forever Lost has already been submitted, that time is only being diverted from other marketing efforts. Hopefully it will all balance out.

Of course, I'm basing this on the assumption that the websites we've contacted won't want to charge us, but that seems unlikely to me.

It sounds like a time-intensive plan  you'll have to create a series of images and clues, persuade several websites to post them, and then construct a destination site too. What makes all this worthwhile?

Assuming it actually all works, we believe it will be worthwhile as it will help us get the Forever Lost name into the minds of potential customers, while also hopefully getting the word out on our company in general.

We've struggled to get our previous apps noticed, since we've barely had any marketing budget whatsoever. We found it tough to even get replies from review sites, let alone actual reviews.

We hope this is simply because we haven't been shouting loud enough, rather than our apps not being good enough. This new plan will be our attempt at shouting much louder and more directly.
Forever Lost isn't part of an established brand, so do you feel there's a danger that people simply won't feel motivated to follow the breadcrumb trail you're laying out for them?

There are many points of possible failure in this plan, this being a very big one.

We're basically stuck in a catch 22 type situation though. The only reason we have to go through all the trouble of a plan like this in the first is because Glitch Games and Forever Lost aren't really known by anyone.

But we're hoping that this might work in our favour  perhaps people will be more intrigued by it for the simple reason that they don't know who we are. We may manage to pique their interest just enough to want to continue looking at the rest of our images. 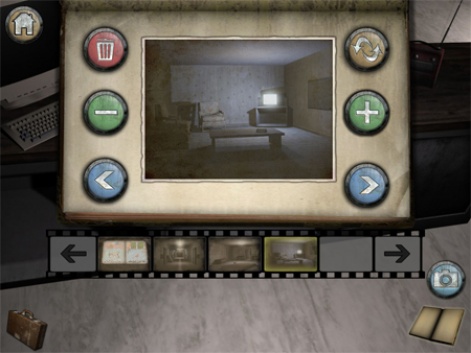 Of course a great many might not, but with all the other possible failure points we're not going to lose too much sleep over it.

If we over-think the danger too much then we will start worrying about what happens if one of the sites decides not to post their image on the right date, for instance, or displays it too late, or one of the smaller sites can't handle the sudden influx of traffic from the larger sites, or worse yet, we just don't get enough sites willing to join in.

There's a very good chance that this whole thing will fail before it even begins, but we figured we have to give it a shot just in case by some miracle we actually manage to pull it off.

Will you be promoting the game through other channels too?

Even though our plan is sure to work marvellously without a single hitch, we figured that just to be safe it would probably be a good idea to not put all of our eggs in one basket. We will also be using Twitter, Facebook and our own blog.

We've also set up a newsletter so hopefully we can get some people signed up for that.

We will of course be contacting every review site under the sun, but this can be difficult when you're relatively unknown and completely unwilling to pay for 'expedited' reviews.

We also have a very small game that was created for a 48 hour game jam back in February. The Hauntening was basically the start of Forever Lost  its popularity persuaded us to make a full adventure game.

We will be pushing out an update to The Hauntening soon which will include information and links to Forever Lost to hopefully get some conversions.

What do you think are the advantages of this kind of campaign over something more traditional?

With the amount of apps submitted to app stores every day, it is getting harder and harder to be noticed by anyone. Since our studio isn't well known and we're not working on an established IP, it will be that much harder. 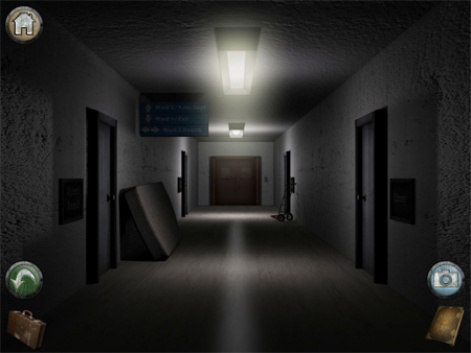 All of this will hopefully allow us to break the first barrier  getting the readers to at least look at our game in the store.

The other benefit of course is that if it fails completely, it will have essentially cost us nothing and will make for an interesting post-mortem on our blog.
Thanks to Graham for his time.You can read Pocket Gamer's preview of Forever Lost here. 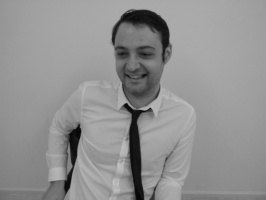 Reply
Graham Ranson Glitch Games
Thanks James for giving me the chance to do this!

And thanks Dave, really appreciate it!
Posted 9 years, 8 months ago

Reply
Dave Mitchell Founder at Two Tails
Really wish you all the best with the launch guys, the new game looks great!
Posted 9 years, 8 months ago