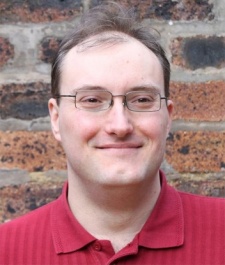 September 24th, 2012 - 11:00am
By Keith Andrew
There's no better defence for Apple's decision not to reinvent the wheel with iOS 6 than the growing developer ire that is amassing following changes to the App Store.

While commentators have complained the latest version of iOS is too similar to its predecessor, the major changes that have implemented - largely confined to Apple's market leading marketplace - have provoked an equally angry reaction from the development community.

As detailed on these pages, Lightwood Games CEO Chris Newman has gone as far as to suggest that changes to the App Store's charts and alterations to the way the marketplace deals with app searches are "disastrous" and "catastrophic" for all involved.

We didn't need much of an invitation, therefore, to fiollow up with Newman to find out why he thinks Apple has made a major misstep with its marketplace, and what the longterm ramifications may be for the indies that depend on it.

Pocket Gamer: How much forewarning did you get about the changes to the App Store? Were you on the iOS 6 beta?

Chris Newman: I saw that things were changing, but have to admit I decided not to pay too much attention until it was final.

The App Store can be updated over-the-air, so it was even changing between beta versions.

Are the issues you've raised being talked about amongst developers? Is the general reaction a negative one?

We're seen a number of blogs and tweets from developers with similar reactions, but to be honest nowhere near as many as I expected.

I suspect a lot of developers just haven't realised what a significant change this is yet.

Apple said that 15 percent of devices were upgraded to iOS 6 on the first day, so at that rate it won't be long before this is the most popular way to access the App Store and the effects are really felt.

You suggest one of the new App Store's biggest failings is the disappearance of new and noteworthy from the charts list, though it does appear within the games category itself. Is this not enough?

There's an important difference to be aware of here: New and Noteworthy has always been a curated category - and it's still there.

It might be selected by Apple staff or generated by an algorithm, we don't know. But even though it's now just called 'New', that's not what it is.

At present, the first 'new' game is nearly four weeks old. A bit further down the list is something I've been playing for more than a year, and hasn't even been updated since March!

What's missing is a list of the new releases. It's never been the foremost way of browsing categories, but it's always been there, as a way for keen users to find new stuff. For a small developer, this is a massively important way to get initial exposure.

We don't expect Apple to do our marketing for us, but we want a chance to be discovered.

Previously, if you drilled down to a game subcategory - say 'Word Games' - then you would be presented with 3 options - Top Paid, Top Free, and New Releases. Now, your choices are Top Paid, Top Free and Top Grossing.

If you've cared enough to get all the way to the Word Games charts, rather than just looking at the featured sections, you've probably seen everything that's considered 'top' already!

What kind of impact do you think the reaction of developers might have? Do you expect Apple to listen?

I hope the reaction is from users as well as developers, as they've been diddled too.

With the App Store giving such a heavy bias towards already-popular apps, discovering new ones is now a real effort.

I don't know how much impact it will have but we'd like to see disappointed users as well as developers contacting Apple and letting them know that they're not happy with the changes.

It's definitely not going to change if nobody says anything.

Are there any positive changes you've noticed?

The social sharing built into the App Store is a great new feature.

You can also see jump to other apps from the same developer in the new 'developer info' section - something that's been possible on iPad and in the desktop iTunes app, but not on iPhone until now.

You talk about changing priorities as a response, shifting attention to the likes of Windows 8 and Windows Phone 8. Does such a reaction illustrate just how crucial the App Store is to iPhone's continuing success, and why Apple has been reluctant to change it?

We hear a lot about the poor 'signal to noise' ratio of the App Store and perhaps it's that Apple is trying something to better filter out the noise.

The App Store evolves - it has to - and nobody likes change, but the fundamental usability losses in this update go beyond taking a dislike to a new design.

I'm considering a change of priorities because the App Store used to be the obvious choice for our games, but now I'm not so sure. It seems foolish not to react to these changes.

The upcoming launch of Windows 8 is really exciting - it's a brand new platform that looks like it will really give us a chance to shine. We've already been working hard on getting some games ready for launch and they're nearly ready.

Going forward, I suspect this will be more significant to us that I'd originally expected.
Thanks to Chris for his time.