And why devs still need to take risks

September 24th, 2012 - 11:56am
By Keith Andrew
As anyone who attends any mobile events in the UK will know, one of the many things you can count on is that Will Luton will be there.

And, on the rare occasions when he's missing in action, people will spend vast amounts of time talking about just why.

For the last three years, Luton has almost acted as the public face of Bristol-based studio Mobile Pie, speaking on panels, firing out questions aplenty from the crowd and generally giving his insight and opinion to every major mobile publication you can think of.

It's logical, then, that we fancied catching up with him one more time before he packed up his bags, both to find out just what he's learned over the course of the last few years, and where he's headed next.

Pocket Gamer: You were Mobile Pie's first employee. How have the last three and a half years at the firm changed you from a professional point of view?

Will Luton: When I started, mobile was sneered at. I remember someone saying to me "if I had a son, I'd advise them not to get in to mobile".

Now, mobile is the most exciting and fastest growing sector both culturally and financially in games. People give a shit about mobile now.

From a personal stand point, it's been brilliant to be part of growing a team and achieving the things we did in my time at the Pie. The highs and lows teach you a lot. Also, being one of the first European devs to get in to mobile F2P gave me a unique set of skills.

In turn, how has Mobile Pie developed and changed over the last few years?

There were three of us when I joined - me, plus founders Rich and Tom - and now there's 11.

The projects are more ambitious and the clients more prestigious. Plus, having the level of industry recognition that the Pie do has opened a lot of doors. There's a great team there.

What would you say was your Mobile Pie high point?

There were lots of great moments: Going to the BAFTAs and lots of other award ceremonies, signing the My Star contract with Orange, moving in to a series of bigger and more glamorous offices, launching titles with Channel 4 and Spil Games.

However, I recall walking in to the studio on the day we submitted B-Boy Beats to the App Store and thinking that I didn't want to stop making it. 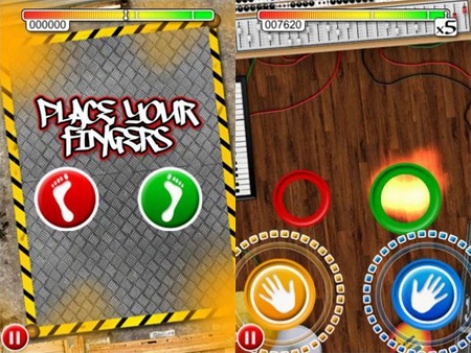 That was a shed load of fun - just two of us making it, not really knowing the market, and just building this thing that we though, and I still do, was a brilliant video game. The dev diaries really show the fun we had making that game.

You've made a name for yourself both by speaking at numerous events, and giving your view on industry issues through various media vehicles. Do you think this is the kind of thing more developers should do? Is it an essential part of the job these days, would you say?

I think it's good in a B2B company where your clients consume that media, yes. However, I think lots of people aren't comfortable being public figures and it can be stressful, so I wouldn't say all companies should do it, no.

However, the reason that I've done so much is that I naturally have opinions on the games industry, from years of being a fan of it.

Forcing or affecting a public image is something that gets picked up on and you'll be seen as disingenuous. You need to want to do it.

As an aside to that, what would you say is the biggest issue impacting on the mobile industry right now?

I think there's a risk of heavy consolidation leading to a stagnant marketplace, especially as VC activity seems to be slowing down.

That's never good for consumers or the industry. I think platform holders should be nurturing and pushing, as well as leading, innovation - there's still plenty to be had out there. 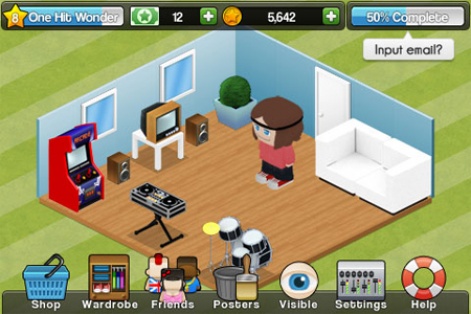 Big risks, driven with passion, change the world and we're lucky to get one of those at least every few years in games.

Finally, are you staying in the mobile games field? What do you imagine you'll be doing in a couple of years time?

I am. I'm offering consultancy services in mobile free-to-play, especially on marketing, retention and monetisation. Helping others get on in the industry is really exciting.

Plus contracting on something I'll be announcing soon. In the longer term I'll be back in a studio, making games. Where and when, I don't know yet.
Thank to Will for his time.

You can find out more about Will on his recently launched website will-luton.co.uk.