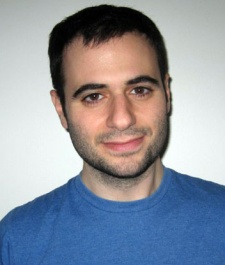 October 18th, 2012 - 05:07am
By Jon Jordan, Contributing Editor
San Francisco-based publisher TinyCo was in the vanguard of Social Mobile Gaming 1.0.

Back in February 2011, it raised what then seemed the outrageous sum of $18 million.

And while it's continued to release plenty of iOS and Android games - many as part of its Tiny franchises - it's also spent time thinking about wider distribution issues.

For example it was one of the first companies to set up a developer fund; its $5 million TinyFund. It was also quick onto Amazon's Kindle Fire platform, offering up to $2.50 through monetisation platform Chartboost for installs.

Now, however, it's taken the next logical step, setting up Tiny Partners, a fully-fledged affiliate network.

"Companies are buying out the market and there's not enough inventory. It's getting out of control."

Green won't comment directly on these "companies", but it's well known that Zynga and GREE are - for their own particular reasons - currently prepared to spend what to most other companies are unlimited amounts of cash to ensure their games get downloaded.

Combined with a mobile advertising market that's still dominated by low grade banners, rather than higher quality full-screen interstitials and video ads, and the market for small and mid-size companies trying to launch games is grinding to a halt.

That's why TinyCo has decided to roll its own solution.

"Affiliate deals have proved to be strong in terms of web advertising and now we're bringing them to mobile."

In this way, developers who signed up to Tiny Partners will integrate TinyCo's analytics and data tracking but significantly choose how they integrate the company's brands within their games and apps, across iOS, Android and Amazon platforms.

Of course, straight banners are a technical option, but TinyCo wants to see more creative uses. For example, Fluik included an egg from Tiny Monsters into its massively popular Office Jerk game, which resulted in very strong conversion rates.

And TinyCo is certainly being generous in terms of its business model.

Developers will get at least 50 percent of the lifetime value of anyone they get to download a TinyCo game, obviously assuming they start playing and paying.

"We're excited about the potential of these higher quality brand integrations," Green says.

"We think there's a large opportunity for drive revenue for our partners."