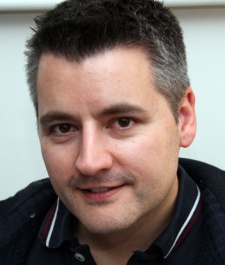 October 18th, 2012 - 01:16pm
By James Nouch, Staff Writer
With mobile studios dominating the list of nominees for UK trade association TIGA's first ever awards, we decided to put the spotlight on some of the companies in the running.Cross-platform development framework developer Marmalade is nominated for an award in the tools and technology category of the TIGA Awards.

We caught up with Marmalade MD Harvey Elliott to find out what an award would mean for the company.

Harvey Elliott: Absolutely thrilled  we're up against some amazing companies and it's a privilege to be amongst them.

We've worked very hard to deliver an outstanding SDK to enable developers to reach new audiences, generate more revenue and delight more customers, so it's great to be nominated.

What would receiving a TIGA Award mean for Marmalade?

Industry endorsement such as this means a huge amount to everyone that works for Marmalade.

We're a small, focused company who are deeply committed to what we do, so it's very nice for the whole team to be recognised on this level for the effort they put in.

Is Marmalade a TIGA member?

We've been working closely with TIGA for about 18 months now and currently offer their members a discount on our software.

TIGA is a much needed resource and force for the gaming industry as a whole and we're proud to be associated with it.

What benefits do you feel TIGA membership can offer tools and technology companies?

Aside from being a great bunch of people, TIGA is a massive support for British game industry businesses  enabling and encouraging participation at local, national and international events, connecting people within the industry and generally raising the profile of the industry within the UK media  to the collective benefit of all!

What do you think are your chances of winning your category?

It'll be tough, but we think we have a chance! As they say  it's the taking part that counts  but we'd obviously love to win!
Thanks to Harvey for his time.