Getting all serious on us 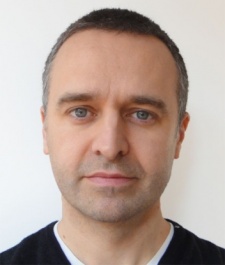 October 18th, 2012 - 01:21pm
By James Nouch, Staff Writer
With mobile studios dominating the list of nominees for UK trade association TIGA's first ever awards, we decided to put the spotlight on some of the developers in the running.London-based Playerthree is up for a best serious game award for its culinary platformer, Nom Nation.

We caught up with Playerthree co-founder and creative director David Streek to find out how the developer is taking the nominations.Pocket Gamer: How do you feel about being named as a finalist for a TIGA award?

As perennial shrinking violets we decided to make more of an effort in showing our work off, so it's great to be recognised amongst some really excellent work. Plus there's even more of an incentive to improve our website!

If you're judged by your peers, then winning a TIGA award could only be high praise and result in much celebration on our part. Currently no.. oops. Historically we've done very little in the way of industry involvement, PR and awards as we've always got out heads buried in work.

Perhaps that could all change!

Theoretically one in eight, and - as none of the judges have cashed our cheques yet - we know it'll be a fair and objective process.

May the best game win!
Thanks to David for his time.