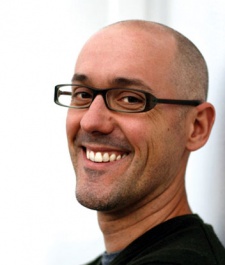 October 23rd, 2012 - 12:01pm
By Jon Jordan, Contributing Editor
Another week. Another start up out of the console industry.

However, given its co-founders' previous experience working with franchises such as Buzz!, EyeToy and Kinect, the outfit it also touting its creativity in fields as varied as motion control and augmented reality.

We caught up with CEO Caspar Field to find out more about what we should expect from the studio.

Pocket Gamer: You've worked at some big studios in your career, so why's this the right time to set up your own company?

Caspar Field This is an incredible time to start a development studio - there are so many incredible outlets for our creativity. On a personal level, the project I'd been working on at Relentless was winding down, and it was just a natural break.

And of course, after years of working for other people, the notion of testing your mettle and striking out alone is one that eventually just has to be put to the test!

You say Wish is targeting all types of gaming hardware. Why?

Wish is focused on great game ideas, no matter what the platform. The fundamental point of Wish is that as more and more platforms become viable ways to play quality experiences, the more it matters how good your ideas are.

I guess that in some ways we're putting this massive pressure on ourselves by saying that, by putting the emphasis on creativity - but that's what it's all about.

You've signed a prototype deal with Sony, a company that doesn't have a brilliant reputation for working with indies on mobile or projects like PSP Minis. So what's it like working with it, and why do you think it's a company to work with for original IP?

SCEE [Sony Computer Entertainment Europe] is a game company, and that's a great place for any developer to start. Sony has nurtured so many fantastic projects over the years from Buzz! to Singstar, LittleBigPlanet to Heavy Rain, EyeToy to Wonderbook - to name just a few.

It was a natural fit for us, with what we wanted Wish to be, and we're extremely happy at having the opportunity to work with the team there. It's focused on the right stuff - good ideas - and made sure we got working quickly, which is critical for any developer.

Your press release talks about the issues of platforms and monetisation restricting great games. It's an issue the entire industry is struggling with, so how do you think you'll be able to fix it?

If people are struggling with issues of monetisation and platforms, we think the fix is to go back to the core of why we're in this: to make great games. Nicholas Lovell, the free-to-play guru, says the exact same thing. Everything flows from the idea.

To put it another way, a wise man once said to me that in a creative business, money is like air: you breathe to live - you don't live to breathe. Yes, you need the money. Yes, you need to talk to the right audience for your game, but none of that matters if the core idea isn't there.

When should we expect more information about your Sony project?

I'd love to tell you more about the project but right now I can't, other than to say that it looks great and playing beautifully.

Thanks to Caspar for his time.

You'll be able to find out more about what Wish Studios is up via its website.