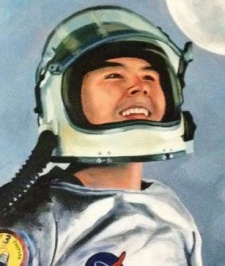 October 25th, 2012 - 03:14pm
By James Nouch, Staff Writer
Last month, Los Angeles-based mobile gaming start up Scopely raised $8.5 million in a seed funding round that will be used to "to accelerate growth and expand its product offerings."

The products in question are Scopely's familiarly named social games, Dice With Buddies and Jewels With Buddies, plus new launch Bubble Galaxy With Buddies  the first Scopely launch since its funding injection.

To find out more about this pivotal time for the company, we spoke to the man behind the games.

Travis Chen is Scopely's chief game designer, and a games industry veteran whose previous credits include design programmer for Guitar Hero and lead mission designer for an unannounced Call of Duty game.

Talking to Chen ahead of the launch of Bubble Galaxy With Buddies, we covered his move to mobile, Scopely's experiments in user acquisition and the pressures of being handed $8.5 million.

Pocket Gamer: So how easy was it to raise $8.5 million?

Travis Chen: I don't want to say it's easy (laughs).

Our CEO, Walter Driver, goes to more meetings than anyone I have ever met. Just last week  and bear in mind this is after fundraising  he was in San Francisco for two days and he says he went to about 65 meetings. I don't even know how that's possible.

It definitely wasn't easy. I think it helps that we have a really strong group of people here. One of our founders here, Eytan Elbaz, was a founder of Google AdSense, for instance, so he has a lot of connections in the industry and is well respected.

Another guy who really helped us get some money  his name is Sujay Tyle  he was 17 when we started Scopely, and he's the VP of business development. He's a 17-year-old, a super-smart kid, and he was going around pitching our company to everybody.

I think it's just talking to a lot of people and showing a real strong team of developers and product guys. I think people really just believed in our skills.

How much pressure does $8.5 million bring with it?

I'm not sure if pressure is the right word  it's definitely exciting. It feels like the next step, and we can't let get of the intensity of work we were doing before we got funding. We have to really focus and get what we want.

It's not so much pressure as it is a commitment to this company now.

Do you think the design philosophies of triple-A console development translate to mobile, or have you had to relearn everything since moving into mobile development?

That's actually one of the biggest reasons I moved over. I felt that my learning was, not necessarily stagnant, but definitely plateauing while I was working on console games.

I've been in the console industry since I was 16, and it got to the point where I didn't feel like I was continually challenging myself on a daily basis. That's one of the big motivations for coming to a startup and to the mobile industry  to bring myself those daily challenges and really excite my learning.

I think things definitely do translate over  especially how to organise a project, for instance, and some of those design philosophies too.

And I think that designing for mobile is really the essence of game design  the fun has to all be up front, whereas console games have two-year long development cycles and it's harder to see if a level's going to be fun until all the animation and art and everything else are in place. In mobile, you can see if something going in the right or wrong direction on a daily basis.

Overall, it's a really exciting change for me. There's just so much new to learn every single day  including the weekend.

Would it be fair to say that the With Buddies series is influenced by Zynga's With Friends titles?

Yeah, absolutely, I mean we're big fans of everything Zynga's done. I play Scramble With Friends myself. There's definitely an influence there.

In fact, there's an influence from a lot of different places on the asynchronous turn-based multiplayer side  there are a lot of cool games that are doing it well. I'm a big fan of Hero Academy, for instance.

But I think the biggest mobile games on the market right now have only tapped into a small segment of what the potential market could be.

The question for me is, can we take this great asynchronous model and bring it to arcade games, puzzle games and massive RPGs? So we're slowly taking steps in that direction, with the release of Jewels With Buddies, for instance, and Bubble Galaxy With Buddies which is coming out now, is another step in that direction.

That's something that excites me  there are just so many games we can infuse with that model.

Some of those genres you mention sound less casual than the kind of games Scopely is making right now. Does that mean Scopely's future titles will be targeted at a less casual audience?

I think we definitely want to, at some point, explore a game that's less casual. I'm totally stoked about making a turn-based strategy game at some point.

I think it's just part of the mobile platform, though. We need to make these things approachable, so I don't think we'll be producing anything you would call 'hardcore' or anything like that.

Zynga's been having its share of difficulties recently. What's your take on that? And as a social games start up, is it worrying or encouraging to see the biggest company in the sector struggling?

It's interesting. I think that, ever since Zynga got big, it's been viewed very negatively. That's one of the hard parts about getting big  you become this Goliath that everybody hates.

I think a lot of things it's done have been good, and I do enjoy a number of their games  I'm just obsessed with Words With Friends and Scramble With Friends right now, and I've played a ton of Zynga Poker as well.

So I'm a big fan of a lot of its work, and I think it gets a worse rap than it probably deserves.

That said, you can definitely see that there have been missteps in terms of organising that company. What we're seeing now is that there are some foundational organisational problems, and that's probably in part because they grew so quickly.

It means that as soon as there's one issue, the whole thing starts to crumble, because there wasn't this solid foundation to start with. I don't think Zynga's problems signify any sort of a decline in mobile social gaming, then.

For us, it's kind of a lesson learned. We want to see what it's done, and it's very valuable to see how it's approached things, and we can correct our course based on that. I'm also excited to see where it goes and what its next step is.

I do want to emphasise, though  one thing that often comes up when talking about Zynga is that the company doesn't care about games. That's not what I want at Scopely.

I feel, personally and passionately, that as long as we're always excited what we're working on, and continue to hire people that are of that same mindset, we'll keep growing this amazing games company where people really care about the stuff they're working on.

Social games companies such as GREE have been spending big on user acquisition. What's Scopely's plan for acquiring users?

It's hard to deny that it's basically impossible now to release a game without doing some kind of spending on user acquisition, so we do spend some money on acquiring users, but I think it's a lot less than what other companies are doing in the same space.

We're trying to leverage our existing games, and really promote our games internally. We're also partnering with other studios to do special deals and cross-promotion through them.

I think the most exciting thing is that we're actually exploring new avenues for user acquisition.

We've entered into a partnership with a charitable organisation, for instance. The way it works is that Scopely will donate to a charity called charity:water if a player invites a friend or plays X number of games with a friend.

So we're spending the money on something good, but the end result is still the same  we're still acquiring users, we're still getting people playing, we're still increasing retention.

So we're trying different things, spending the money in different ways in an effort to get the same, or even better, results.
Thanks to Travis for his time.

You can see what Scopely gets up to via its website.