But CEO says free-to-play the only way 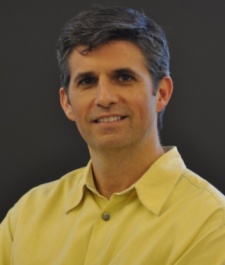 Said appointments  whose respective connections to the social gaming giant were highlighted both within the headline and body of Rumble's original press release  come little under a year after the studio was first co-founded by fellow former Zynga man John Woo.

The logical question that follows, therefore, is just how closely the cross-platform studio is looking to ape Zynga's approach  an especially pertinent question, given Zynga's current struggles.

To find out more about Rumble Entertainment's mobile ambitions, its monetisation strategy and its apparent ties Zynga, we spoke to CEO Greg Richardson.

Pocket Gamer: There are plenty of former Zynga employees working at Rumble now. Is there something in particular that makes Zynga veterans valuable for Rumble's ambitions?

Greg Richardson: Rumble is blessed to have assembled a team of some of the best minds in the traditional console and free-to-play space who share Rumble's vision to elevate web and mobile games.

Brian and Steve are two additions to that team who just happened to last work at Zynga.

Zynga's shedding staff and posting some rather gloomy financial results. What's your take on the company's troubles?

Rumble Entertainment is building games for social networks as well as mobile and the browser. At a time when many studios are moving away from social gaming, what prompted this decision?

We're not big fans of the terms 'social' or 'mobile' games.

Rumble develops and publishes games that are available across devices and social networks.

Players want the ability to access their games wherever they are throughout the day and our goal is to allow them to do just that.

Rumble games are "always free-to-play." Why?

Free-to-play is a necessary component to creating truly mass-market games, as it allows players to sample and enjoy our products without having to make an up front investment.

We're not interested in pigeonholing our audience. Rumble targets gamers who enjoy high-quality multiplayer experiences on web and mobile, and that includes mid-core, hardcore, and beyond.

We're big believers in working with independent teams who share our vision of creating amazing games for gamers in the digital world.

Rumble hopes that by providing them with an extensible back-end publishing platform and the necessary capital, along with sharing our combined perspectives, that they are enabled to create amazing game services.

Thanks to Greg for his time.