Hip to be square: Q&A with Oli Christie, CEO of Neon Play

Be clear and free of clutter

November 20th, 2012 - 10:45am
By Simon Parkin, Contributing Writer
As part of our look at the role app icons have to play in a game's success  or, indeed, failure - we caught up with Neon Play CEO Oli Christie for his take on the design debate.

Pocket Gamer: How important do you think a striking game icon is to its success?Oli Christie: A striking icon is hugely important. When you walk through the aisles at your local supermarket, certain items catch your eye, normally because of their packaging - their unique branding.

An icon is just like packaging for your app, and with over 700,000 apps on the App Store creating a striking icon is a massive key to discovery.

Why is such importance placed on this design element on the App Store, etc?

On the home screen of the App Store alone there are over 35 apps on show straight away, so being eye-catching is really important.

If you can achieve a tap on your icon, you then have a chance to show off the content.

Creative, clear and informative screenshots can give the user a really great idea of what to expect. Don't be afraid of testing, take a look at your app on the store, does it look good? Are the screenshots effective in the layout?

What are the traits of a successful game icon?

It needs to be clear, simple and really stand out from the clutter. A great example of how an icon can really help a game do well is a tiny game we did called iSkid. 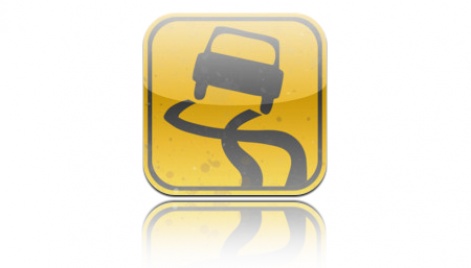 The game is so simple, you just skid a car around a car park - that's it. But with a simple name and a really bright and bold icon, the game went to number one in the UK games charts.

It's had 1 million downloads, yet it is painfully simple - all because of the icon and the name.

If you're looking to build a brand or a series with your product it can be useful to find a synergy between the icons. Backflip Studio is a great example, they designate the bottom right of their icons to their 'B' logo. Its presence on an icon can help users who know the brand pick it out easily.

An alternative to using up vital pixels with your studio logo, is to create an icon template which can be adapted easily. For example, our own Big Quiz Apps all follow a simple but effective icon design which will work with all of our future quizzes. 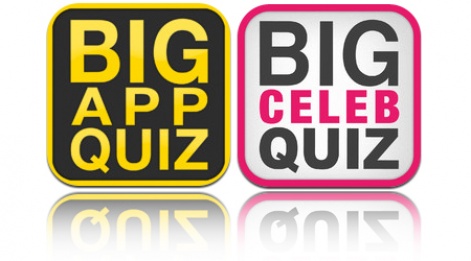 What should you never do when designing one of these?

There are a lot of fundamental mistakes that shouldn't be made when creating a great icon. It shouldn't be cluttered, unclear or make you try to work out what it is. It should smack you in the eye, intrigue you or excite you.

At its smallest an icon is only 72x72 pixels, so make each one count. You don't really need, especially with game icons, to include the title of the app in the icon.
F1 2011 or Need for Speed: Most Wanted is a prime example of poor icon design; it is too dark, unclear and filled with a title which does not need to be there.

Would you ever consider or recommend using a specialist icon designer to create one of these icons for your game?

A great 2D artist, especially if he or she has worked on the project should be able to create icons which represent the app.

If you're stuck for ideas or can't decide which is best, social media is a great tool. For Traffic Panic London, and future title Jewel Jumper, we used a simple a) b) c) voting for our users to decide which icon they liked best.

Do you have any examples of particularly effective icon design?

There are a few app icons I really love, and all for different reasons.
Temple Run is so simple, just black and yellow, but it stands out so well as it's unique. World of Goo is a great example of how text can work on an icon. I love our title Flick Football as the icon really describes the game (a keeper trying to save a shot).
Clash of Clans has real character and really sells the game. And finally CSR Racing is a really stunning icon that sells the beautiful car and entices you to download the app.

Developers need to spend a disproportionate amount of time on icon design as it's one of the fundamental routes to success on the App Store.
Thanks to Oli for his time.