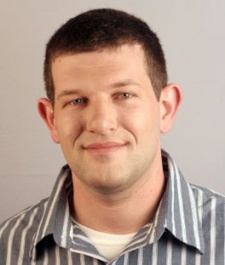 November 26th, 2012 - 10:00am
By Jon Jordan, Contributing Editor
With a career consisting of companies ranging from Hive7 and Zynga to LucasArts, and most recently director of publishing at Tapjoy, Rob Carroll has in his own words, experienced plenty of 'high highs and sad lows'

He's banking on more of the former as he steps into his new role as chief mobile officer at 5th Planet Games.

The web-based publisher of core free-to-play social games in the RPG, MMO and card-collecting genres is now targeting expansion onto iOS as a priority for 2013.

"I'd been yelling at them for a while to move to mobile, so they told me to come over and help them do it," Carroll explains, of his move back to development after three years with mobile monetisation outfit Tapjoy.

"I've been a designer and producer. My passion's for development," he says, of the challenges ahead.

Competing with the likes of Kabam and Kixeye on the web, and now in mobile, Carroll says that there's plenty of room for such companies to expand their businesses, despite the others' deep pockets.

As for the first 5th Planet game to come to mobile, that will be the company's flagship title on Facebook and Kongregate Dawn of the Dragons.

Given the studio bases its development on Adobe's AIR platform, the iOS versions will also use this to ensure the simplicity and speed of conversion.

"As we hire up mobile staff, we'll look at other options such as native development or Unity," Carroll says.

However, given the scale of the Dawn of the Dragons world - the game has been operating for two years - the resources required to re-engineer it using different development tools would be extensive. 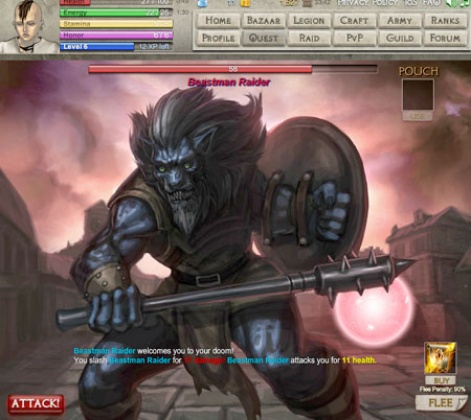 In that regard, the decision on future technology will be focused towards 5th Planet's other, or future, games.

As for the deployment of Dawn of the Dragons, it will come exclusively to iOS in a universal build sometime during January 2013.

"We'll look at other platforms down the road, but for the time being we're focused on iOS," Carroll says.

Despite using the same server and code as the web version, the iOS release of Dawn of the Dragons won't allow accounts to be linked across platforms, though.

"There are some very high level players on Facebook, so it doesn't make sense to combine them with brand new mobile players," Carroll says, highlighting some of the issues of running PVP games as cross-platform services.