Launching in the UK early 2013 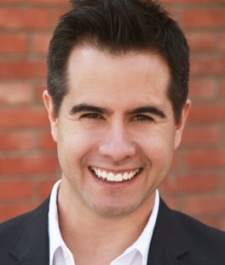 The past couple of months have seen the start of a gambling land grab, with social mobile games companies heading towards the opportunity created when Apple started allowing real money gaming in the UK on iOS devices.

Zynga, Big Fish, GREE, Glu Mobile and Digital Chocolate have already announced their intentions, and the latest company to join this throw of the dice (so to speak) is SGN.

"We're already successful with our casino-style games," explains president Josh Yguado. Across its entire portfolio of titles, SGN has generated over 200 million downloads and has 35 million monthly active users.

"Now we have an opportunity to add real money gambling."

He is, however, keen not to oversell the opportunity at this stage.

"It's an opportunity, but its scale depends what territories will become available," he explains. "We'll be launching in the UK in 2013, but it's not a huge pivot for our business."

In terms of deployment, no titles have yet been announced, but it seems likely SGN will be adding real money features to two or three existing casino titles.

"I think it's likely that someone who likes casino games [with virtual money] will also like to use real money," says Yguado.

He points out that combining real and virtual money features in the same game allows players to get comfortable with the mechanics before deciding if they want to use real money.

Obviously, the real money areas of these games will be clearly marked.

As for any negatives, "I don't think it will cannabalise our existing business," he says.

Instead, Yguado hopes the much higher levels of monetisation generated from real money players will provide a strong additional revenue channel for SGN.

And despite conceding there's already plenty of competition in the sector, he's confident SGN will perform well.

"The companies that will be successful in real money gambling are those who provide a great social experience. That's the key element," he predicts.

"We've already proved we do a good job in terms of nailing those social mechanics."