Marketing on a shoestring: Q&A with James Marsden, founder of Futurlab

Give the press a story to tell 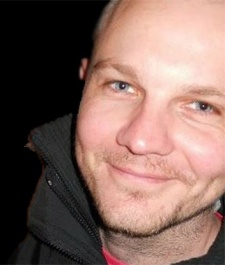 The ubiquitous game stores push games give a wider range of people than ever before access to these games, but the sheer number of titles to sift through can make word of mouth crucial to a game's success.

PocketGamer.biz spoke to James Marsden, founder of Sony partner studio Futurlab, how he goes about it.

James Marsden: It depends on whether developers are just starting out or have already established a fan base.

If you're just starting out, it's next to impossible to get any traction with mainstream games press unless your first game is genuinely fantastic in some way, which stands to reason because everyone is very busy and inundated with requests. Only the games that stick out will get dealt with.

Even if your game is genuinely fantastic, it's tough to get traction as a newcomer.

What ways can they work to overcome these difficulties?

Games press are looking for great stories to keep their readers engaged, so your first contact with them has to have an angle; a story worth telling.

Every contact you make after that should be considered from the perspective of the journalist. Put yourself in their shoes and try to think of ways to make their job easier and more fun.

If your game is great, it's because you can put yourself in the shoes of players  so use that same talent and skill to make the relationship you have with the press fun and engaging too. Make it painless for them to deal with you.

What percentage of a game's budget would you recommend spending on its marketing?

Actual cash spent on advertising should be zero, but you need at least one person working full time to raise awareness of your game. Time is money so it's probably going to cost you a lot to raise the profile of your game. Cancel your social life and act as if your life depends on people knowing about your game.

Fact is, it does.

What ways can smaller game devs help to get the word out about their game?

Mainstream games press are hard to crack, but there are hundreds - perhaps thousands - of independently run or hobbyist game sites that are keen to get the edge on their mainstream rivals  they'll work much harder to give you coverage on their sites, and you can build great relationships by working with these guys creatively.

You're both independent right? Help each other out.

Are there any tactics you have used that have shown to be very effective?

Tactics is a bit of a sinister word, but PR operates on exactly the same rules that real world social interactions do.

If you can make friends at a party by being a good conversationalist, you can apply that skill to build relationships remotely. 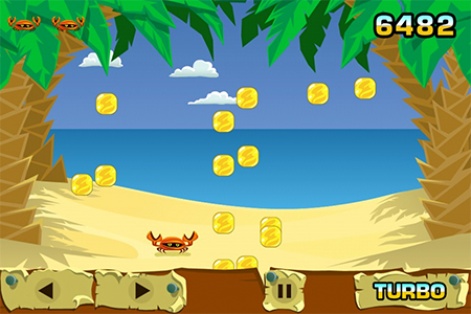 We've used a few, I suppose you could call them tricks, but they're not repeatable, they are creative responses to situations that make a person on the receiving end smile. I gave a talk on this at the Develop Conference and Made In Brighton conference, but I can't really repeat it here.

Are there any tactics you have used that have shown to be very ineffective?

Banner advertising isn't anywhere near as effective as a good story.

What has been your greatest success in marketing one of your games?

I would say that the One More Go! video [see below] we produced to celebrate Coconut Dodge has been the most successful as it makes people laugh, and that's priceless because it sticks in the mind.

How can smaller devs make their money go further?

Make sure you're making a truly great game. If developers spent more time getting their friends to play test their prototypes and listening with an ego-less open mind to what they say about it, their games would be better and they'd find it much easier to get traction.

Failing that, hire FuturLab for a day's consultancy!
Thanks to James for his time.