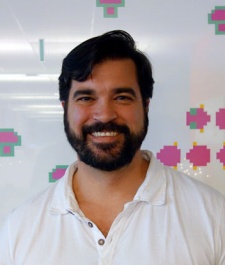 December 31st, 2012 - 11:11am
By Jon Jordan, Contributing Editor
As we consider the trends of the past 12 months and look forward to the next 12 months, we've asked the great and the good in the mobile gaming industry for their opinions.

Doug Scott: The most significant event was the rise of 'games for gamers' and their omnipresence on the top grossing charts.

In my opinion, the top grossing charts (as opposed to the top free or top paid charts) are the purest expression of consumer satisfaction in a free-to-play world because gamers are choosing to invest their time and money in games where they are not required to pay.

Games such as Rage of Bahamut, Clash of Clans, CSR Racing, Blood Brothers and so on finally gave hardcore gamers experiences that resonated with them, and they responded by pushing those titles to the top of the top grossing charts for the majority of the year.

What was the most significant event for ngmoco/DeNA?

The most significant event for us was that we were able to consistently create games that delighted gamers across the world; so much so that we ended up with a relatively dominant position on the top grossing charts for much of the year.

This was evidence to us that we had successfully paired many of the learnings from DeNA's experience in the relatively advanced Japanese mobile gaming market with our design and publishing capabilities in the west to deliver some great games to the market.

My favorite Mobage game of the year is HellFire. The way it introduced a super-fun skill-based mini-game into a beautiful high-fantasy environment full of incredibly awesome creatures was really powerful.

Outside of our platform, my favourite mobile game of the year was New Star Soccer. It is a relatively lo-fi game that walks the incredibly fine line between soccer/football management sim and simple action sim, providing engaging pick-up-and-playability that is just right for the mobile phone but allows for enough depth to keep you coming back for months.

I believe that the most important trend will be the continued rise of 'games for gamers' and we will see a bunch of titles that start to redefine what mobile gaming means. In other words, it's not all about puzzle games for your mom any more; there will be lots of great new free-to-play mobile games for fans of traditional console and PC games.

Additionally, the most successful of those titles will look at the form factor and functionality of mobile devices and figure out ingenious ways to unlock the potential of the touchscreen as a control scheme. Games like The Drowning from DeNA's Scattered Entertainment studio will give FPS fans a reason to put down their console controller and pick up their tablet or smartphone.

My New Year's resolution is to include real running in my life in addition to the 'endless running' I've been doing on my phone.

For the industry, I believe that our collective resolution should be to constantly respect what gamers are telling us. Make our games free to play, let users vote with their time and money as to what they like and then use that as inspiration to give them ever more delightful and consequential experiences. Love thy gamer!

Thanks to Doug for his time.