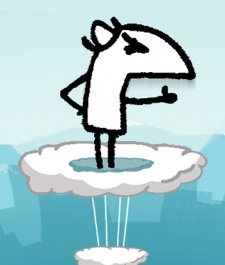 The 2D platformer  based on a character from cult British comedy series Modern Toss  made its debut with a 69p/99c price tag, but the studio soon found itself struggling to get the game noticed.

One group of players had noticed Sneezeman, however: pirates. Almost overnight, downloads of the game suddenly skyrocketed, will illegal copies of the game souring co-founder Gavin Shackell's initial excitement.

However, piracy hasn't proved to be quite the problem it threatened to be, due in part to the fact that the release sported in-game advertising courtesy of Kleenex. To find out how tissues came to the rescue of Sneezeman, we caught up with Shackell for his take on tackling the app pirates.

Pocket Gamer: Can you tell us a bit about Sneezeman and the download spike you discovered?

It's basically about a little character  he doesn't talk  but he has a nasal affliction that causes him to sneeze quite a lot, and usually destroy plenty of objects around him in the process. 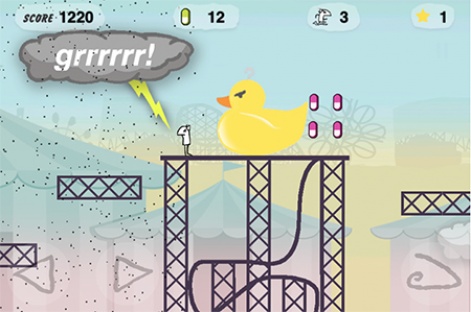 Anyway, we figured it'd make quite a good concept for a game. At its core, it's a platform game in which you sneeze to jump.

The background of the issues we had stem from the sheer quantity and number of apps that are coming to market, and the difficulty to attract visibility.

So, about a week and a half after launch, I was looking at the Sneezeman stats in the Flurry interface, and I was thinking, "crikey, that's suddenly whizzed up quite significantly."

We were approaching 50,000 or so downloads  but I was sure that I'd looked at my iTunes account yesterday and we were nowhere near that.

How did you react to that?

I thought, "Fantastic! We've obviously got a bonus payday here  we must have had a good review that's caused the app to shoot up" [laughs].

Then, as I delved into it a bit deeper, I looked at my iTunes account. We were nowhere near 50,000. Just literally nowhere near  we probably had 10 percent of that figure.

Looking a bit closer into it, we realised that about 90 percent of our downloads were coming out of China.

Obviously, everyone knows that piracy in the entertainment industry is not a new thing  it's been around since, well, as far back as I can remember. And we know it's not going to disappear any time soon.

But 90 percent of downloads seems to me quite excessive [laughs]. A lot of my background is in the music industry, so I'm no stranger to the internet, in terms of the ways it can damage and harm a business.

What was the source of this surge in Chinese downloads?

A few days later, we discovered a Chinese website that had sort of reviewed the game.

I say "sort of," because it looked more like a hackers website, and after the review, there was a pretty detailed set of suggestions for how readers could get the game for free  which I found quite entertaining, actually.

Our game launched at 69p/99c. Obviously, people like getting things for free, and I think we're very much moving towards an industry in which everything but triple-A franchises will find it harder and harder to get users to part with their cash up front. 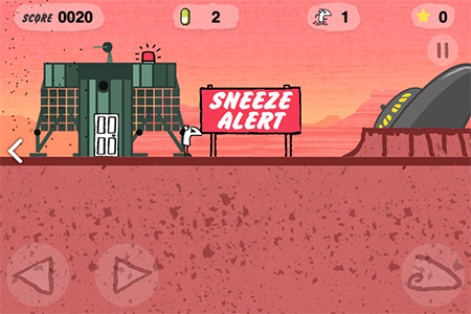 The interesting thing about it is that we were actually getting really good user retention from those people who had downloaded it in China, which suggested to me that we've got lost here, to a degree.

Once people have got the game in their hands, they're enjoying it.

So in a strange sort of way, it was quite good to see that people actually liked the game, because we'd really struggled to get any sort of media attention. The launch time probably wasn't ideal, looking back. We'd originally planned to launch in the summer, but delays prevented that.

Just before Christmas probably wasn't the best time to launch, because there's just so much noise in the marketplace around that time of year. So, to me, the learnings I will take from this is that, for our next four of five games we have scheduled for 2013, they'll all be free-to-play games with IAPs.

We'll be using all of the free app websites, and all of the other monetisation vehicles, such as Chartboost for instance, to put it into users' hands. Because we know we've made a great little game, but this has brought home to me just how hard it is to get visibility out there.

God only knows what kind of piracy issues the major publishers are having. I can't even imagine the piracy rates the top 10 apps are seeing.

You mentioned the difficulty you had in gaining visibility and media attention. Did the Modern Toss tie-in help you less than you expected?

Modern Toss has some real fans out there, and a lot of them are actually in the media world. It's definitely got a very solid base, and is very much loved by those that follow it.

We wanted to leverage that love of Modern Toss where we could. Obviously we're aware that Modern Toss is largely a UK operation  although the TV show was picked up in multiple other countries.

So, to answer your question  yes and no. I think what it did was give us a decent kick-start into more traditional media. For example, we had a strong pickup from T3 magazine (UK).

It's a battle, but these guys are wading through hundreds of apps every day. You've just got to use every tool at your disposal and not be naïve about trying to launch a new IP at a paid-for price  unless you're a major publisher.

In retrospect, we should have gone out for free from the start. But we're taking steps to adapt the game through further in-app purchases and Chartboost, and we'll relaunch it from there.

Sneezeman featured in-game advertising from Kleenex, which meant that installs had value as well as sales. What was the nature of this deal and how did it come about?

Basically, we approached Kleenex some months ago, really because it just seemed like a brilliant tie-in. If there was ever two brands that could fit together nicely, it's Kleenex and Sneezeman. 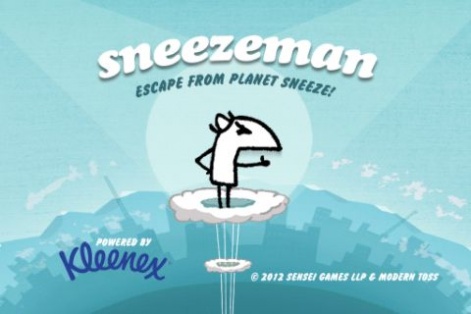 I also wanted to test how those brand collaborations could work, and deliver something to a major brand that was really significant  in terms of them being able to market to and reach an audience that they might not have been able to through traditional methods.

After all, TV isn't as impactful as it was 10 years ago. Nor is radio and nor is print. Particularly for a major corporation like Kleenex to see that and want to explore that, was really interesting.

We worked out a deal with them whereby Kleenex UK would promote Sneezeman through their social channels, and we said we'd base this deal on a target of installs we want to reach, and that's how this deal was structured.

So all those pirated installs were actually a help in some ways?

In terms of the Kleenex brand worldwide, yes. It was obviously of no use to the UK people, but if we look worldwide, then yes.

When Kleenex came on board we were absolutely delighted. Our deal is really just for the UK market - but we'll be looking closely at installs outside of the UK with the brand and how we can further push the message on a case by case basis.

And how about for Sensei Games?

It's a learning curve.

It's taught us a lot about how to build games in the future, and what not to do really. If we've got a new IP, moving forward we would always look at a freemium product. 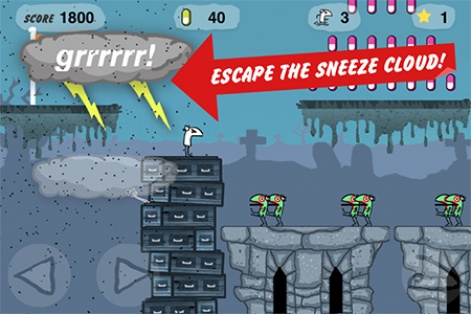 In the long run, it's useful to all parties, though, in terms of data and research.

It's shown us we have a really great game that people like playing, and it's just been lost in the noise. We can refine our campaign and move forward now with a few tweaks to the game and its positioning.

What are your views on piracy, and has this experience changed them at all?

It's simple  I spent a lot of time in the music industry, and I witnessed how not to deal with piracy.

You have to embrace it, unfortunately, because it's there. You make sure your product can benefit, even from piracy. You can do this by putting ad-based materials into your product, for instance.

I'm a big believer in avoiding things that interfere with the user experience  such as random ads. But you can use something like Chartboost as an fairly unobtrusive app recommendation, and as a user, that's not something I object to.

But the bottom line with piracy is: adapt to your market. Use it, and monetise from it, because it's possible.
Thanks to Gavin for his time.

You can download Sneezeman: Escape from Planet Sneeze from the App Store.