Stateside: Participation adds value, so why lock people out by charging for play?

Jamil Moledina, formally of EA, and James Kelm, who has previously worked at the likes of Google and Apple, have come together to create a new game studio - Wormhole Games - ostensibly focused on the mid-core gaming market, with a focus on multiplayer and social games.

They met at Funzio, where they discovered a shared passion for arcade games and the tablet computing platform.

But, after working at such huge companies, why did they decide to go it alone?

"Wormhole Games represents a decade of thought and play in both core multiplayer and social games," CEO and co-founder Jamil Moledina told us.

"We're executing at the exact right moment to bring them together for the unique and open tablet market.

"But what really drives us is the vision to evolve the art and science of games forward, taking everything that has previously worked separately, and creating something new and fun." 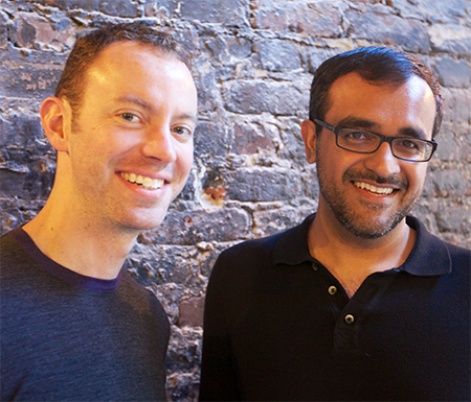 Big words for a company that's not yet ready to reveal anything about their actual games, but the pedigree is impressive. But why create a new game company?

"One thing I saw repeatedly in larger environments was that there wasn't as much of an appetite to try something new," said Kelm.

"There were a lot of things we wanted to try, and we wanted to be flexible. There's a new opportunity to hop into the tablet space - a market with a huge growth."

Moledina concurred, saying, "We both observed that while it's a little harder to strike out with your own vision, bringing it to life without the resources of a huge company behind us, it's much more satisfying."

The free-to-play revolution is here, and Wormhole games aims to take a chance at becoming a successful part of it.

"There's a much more massive reach in free-to-play games, in terms of distribution," said Kelm.

"I'd rather reach as many people as I can with a freemium model, rather than a premium model. People are more experimental and willing to try new things."

But the folks at Wormhole Games didn't want to just create another Facebook game.

"I like meeting people I don't know to play games with," said Kelm. "Facebook doesn't have that system in place."

Moledina pointed to the number of tablets out there as another reason to try the tablet space.

"In October," he said, "Apple sold 100 million iPads. 29 percent of Americans have a tablet. Tablets are the rising device of our time."

"I have relatives over eighty years old who never would have gone to Facebook on a PC," adds Kelm. "And now they've got a tablet, they're some of the most active there."

The team wants to build a high-quality, free experience to delight players out of the gate, engaging them with friends in social game mechanics to keep them interested and participating.

"Participation in the game, adds value for everyone," added Kelm. "Why set a price hurdle to restrict that?"

Both Moledina and Kelm realise that there have been successful freemium games int he tablet space, to be sure.

What's underrepresented, they think, is the appeal to vanity, like character adornment in World of Warcraft, or vengeance, in wanting to get back at a player who has wronged you.

"We're looking to introduce games with a broad-based, casual appeal," said Kelm, "but then have a level of depth that you can geek out on and get into it."

The pair said that they aim to have a level of interaction that is more like Words With Friends or Draw Something, with a level of hard-core engagement like CSR Racing, a game they spoke of highly.

Moledina explained that there are still many game types out there waiting to be used with a free-to-play perspective. While they've identified many of these internally, they're not saying, yet, what they've discovered.

Both men believe that current tablet gaming - as opposed to mobile gaming - has barely scratched the surface of what can be done.

"A lot of what I play still looks a lot like Flash on desktops," said Kelm, referring to current social freemium game types.

"I don't think audiences are going to be happy with the Facebook-style of social game going forward," added Moledina.

"We need to build things that are instantly engrossing, and create a compulsion to return to the game. Games with visual fidelity, more engagement. Games that cause the player to think about it when they aren't playing, on an ongoing basis."

Time will of course tell if Wormhole Games can match its enthusiasm to the new games it's creating, and whether or not the studio can engage large amounts of players in the way it hopes to.

If they can, however, it's certainly going to be an interesting ride.
Thanks to Jamil and James for their time.

Dad. Mac head. Ukulele nerd. Gamer. Rob lives in Anchorage, Alaska, and commutes daily to the intarwebs to edit and write about iOS, Mac, books, and video games. He is currently employed as the editor at 148Apps, the best gosh-darn iPhone site this side of Mars, and contributes freelance to various other sites, including Cult of Mac and VentureBeat. Somehow he still finds time to play in a Disco band, raise two amazing kids, and hang on to his day job.