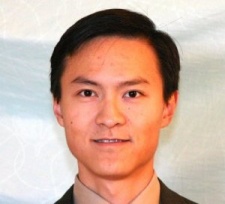 February 8th, 2013 - 11:30am
By Jon Jordan, Contributing Editor
Founded by a group of international entrepreneurs, publisher RedAtoms is in the vanguard of the quickly emerging Chinese mobile gaming scene.

Indeed, it ranked in the top 10 of our first Chinese top 30 developer list.

But the company is focused on more than just Asian markets, as seen in the release of its latest game Pantheon of Legends in the west.

A good opportunity, then, to catch up with CEO David Liu, who prior to setting up RedAtoms spent 20 years in Silicon Valley working with the likes of HP, Silicon Graphics, and McKinsey & Company.

Pocket Gamer: Can you give us some background about the company?

David Liu: We founded RedAtoms in 2010 with a commitment to producing well-crafted mobile games that are, above all else, fun to play.

We believe that games help people connect in subtle ways as they go about their day, and strive to provide high quality experiences for people on the move.

Headquartered in China and with locations in Tokyo and San Francisco, RedAtoms has produced #1 card-battle and music games, where millions of players interact with each other on a daily basis. I work alongside a young, passionate team of talented people who respect their players and appreciate every minute they spend with our games.

It seems you're mainly focused on the Chinese market, but have recently been expanding into Japan? Why are those markets so important?

RedAtoms focuses on China, Korea, Japan, and the US because these are the world's top mobile markets. Additionally, these countries' demand for quality social games has grown by leaps and bounds in the past few years, and we hope to help satisfy this growing demand.

We truly run an international game development shop: RedAtoms was one of the first to release games on the Yabage social network in Japan, have a top grossing game on the Korean iOS App Store, and we remain a top iOS and Android game developer in China.

Another reason we want to be an international shop is to learn the best practices from these top gaming markets outside our home nation.

There is a great deal to learn from the titles in these markets when it comes to game mechanics, art, monetisation methods, viral distribution techniques, and social interactions. No two countries are alike when it comes to best practices. We try to innovate based on the best of the best, and strive to provide a great gaming experience customers worldwide.

Considering the number of Three Kingdoms RPGs in China, why do you operate in that genre and how do you try to differentiate your titles?

We like to take familiar themes and expand upon them in fun new ways.

Our Three Kingdoms RPG is unique thanks to

You've released games across a range of genres - from music to RPG and arcade. Wouldn't it make sense to focus on more than one?

Sticking to one genre might work for some developers, but we prefer to branch out and explore different types of gameplay.

We are, however, focused in a different way, since we have around 200 people working on a small handful of games.

The common threads, among all of our games, are fun and social interaction. I'm proud to say that each of our titles has been top ranked in either downloads or grossing.

You seem to have been more active on iOS than Android to-date. Do you hope to become more cross-platform in the future?

While we create games for both platforms, we've actually found the Android marketplace to be more welcoming for first-time mobile developers; for instance, in the case of our Three Kingdoms game on Android, which is co-operated with Tencent.

But as our experience has grown, we've become increasingly comfortable with the iOS process. Yes, we do strive to become more cross-platform, since the two marketplaces appeal to very different sets of players.

You've just released on Pantheon the Legends for iPhone. Can you explain what the game is about and why you think it will be a success in the West?

Pantheon the Legends is a card-battling mobile game based on Greek mythology.

While there's a long (and pretty funny) single player campaign, Pantheon's core is the social play, a twist on asynchronous battling. The guild system lets you find friends and form teams to pit the gods and heroes of Greek mythology in a battle for riches and fame.

To me, the thing that really sets it apart is the personality of the artwork. It jumps off the screen with vivid colours and a unique western-Asian fusion. If you ever wanted to put Zeus versus the Minotaur or Hercules versus an angry Cyclops, now is your chance. Check it out, it's free to play! [iTunes link].

What differences do you think there are between Western, Chinese, Japanese, and Korean games?

Games need to be localised for each market to make an impact on the local culture. This isn't just restricted to translating the text.

Social and gameplay mechanics must be tweaked to suit the region, and you have to watch out for inadvertent cultural insensitivity in the artwork and text as well.

What do you think are the biggest challenges currently facing the Chinese mobile game developers?

While it's a wonderful time to a creative game studio, what's really needed is courageous leadership to take bold steps in this fast-growing (yet still infantile) industry. 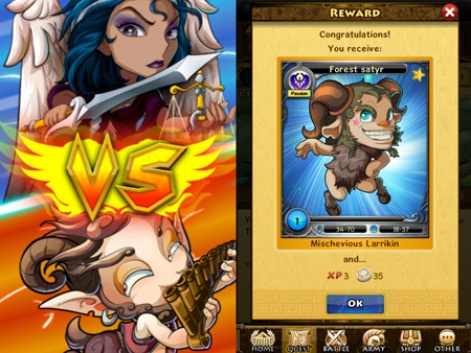 What should we expect next from RedAtoms?

While I can't give you any sneak-peaks at the moment, rest assured that we'll continue to produce high quality, mobile social games.

Thanks to David for his time.

Speaker Spotlight: "This industry is like no other," says Paladin Studios CEO Kay Gruenwoldt