The whole world's a stage 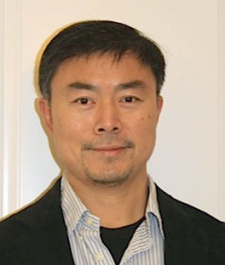 February 18th, 2013 - 12:35pm
By Jon Jordan, Contributing Editor
Often referred to as the 'Facebook of China', Renren (NYSE:RENN) is rapidly moving to support the mobile internet, and that includes mobile games.

Actually, it's been developing mobile games for the Chinese market since 2011, and has recently set up a US office to make games for western markets.

One such as Merlin's Rage, which has just been released for iOS and is coming soon to Android devices.

We caught up with Dr. Gary Chang, SVP and GM of Renren Games, North America, to find out more about the game, and Renren's approach to both western and Chinese markets.

Pocket Gamer: The PVP market is currently very competitive so why do you think Merlin's Rage will stand out?

Gary Chang: Merlin's Rage is the only match-3 RPG with PVP play. We added our PVP arena to allow our players to combat each other for rankings on our leaderboard. We feel that this type of social gameplay is much more engaging for our audience.

We feel that a key ingredient to a successful mobile title is to have well thought out social features. We prioritised Facebook integration very highly so that players could create a tight network of friends right away.

While we have also implemented the friend code system other games use, we felt that incorporating Facebook made it even easier to make Merlin's Rage a very social experience.

Merlin is obviously a western myth, so is Merlin's Rage more focused toward Western markets, or will you also release an Asian version?

The focus of our newly established US subsidiary is to create the best games for the US market, so Merlin's Rage was developed with the US, European and other western audiences in mind, though we will be publishing the game globally.

We think this is another point of distinction. Other games in this genre have a very strong Asian influence, but we wanted to create a game that resonated with a western audience.

We felt that the universe of Merlin and King Arthur was instantly recognisable to western players and fit perfectly with the type of game we wanted to create.

Will the game offer cross-platform play between iOS and Android, and how important do you think such features are?

The game will be truly cross platform in the sense that iOS and Android players will compete on the same leaderboards and can battle each other in our PVP arena.

We think this is very important to allow players to connect and play with their friends regardless of device.

Renren is best known for its online services, so how does mobile games fit into the wider business strategy for the company?

Our audience on our social network has quickly adopted mobile. Our games division, which grew into one of the most successful browser game companies in China, started making mobile games in 2011.

It is now one of the top mobile game publishers in China. Our US games subsidiary has a mission to bring the best mobile games to the US audience.

How actively is Renren looking to leverage its social platform for gaming purposes, especially in terms of enabling friends-based PVP?

Social networks are obviously important for enabling friends-based PVP. We design our games to leverage the most successful social networks for the audience like Renren in China and Facebook in the US.

Again, we believe that we need to integrate the most popular social networks with our target audience to provide them with the best social gaming experience possible.

China is a fast-growing but still immature mobile games market. What do you think are the key challenges that need to be overcome in 2013?

There are a few key challenges in the Chinese market.

First, like western markets, app discovery is a critical issue given the huge volume of titles being published on the iOS and Android markets. Given that we can leverage our well-established network of mobile game players, as well as our browser game players on our social network, we have a good ability to promote our mobile titles and the titles of our partners.

Second, the China mobile market is undergoing tremendous growth and is now the largest smartphone market in the world with sales projected to approach 250 million devices in 2013.

While the current installed base offers a very engaged mobile gamer base, a number of new devices that will be sold in the coming year are less expensive Android devices purchased by consumers using a smartphone for the first time and accessing the internet for the first time.

We are aggressively working on providing good content that will reach all parts of this diverse and exploding market.

Third, the Android game market in China is highly fragmented and in the past it has been difficult to monetise these players. We expect some consolidation to occur in the marketplace, and we believe by focusing on publishing high quality games over our well-established mobile gamer base, we stand to benefit greatly during this time of transition.

Thanks to Dr. Chang for his time.

Renren continues to struggle in mobile transition; FY13 Q3 sales down 6% to $47.6 million