Integrate your revenue streams to one dashboard 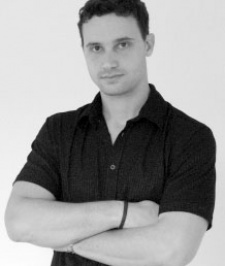 February 21st, 2013 - 05:05pm
By Jon Jordan, Contributing Editor
Over the past 12 months, the mobile advertising industry has powered down hard on market inefficiency.

Most notable in the rise of real-time bidding systems, there's also been a continued focus to ensure information is presented in a way that makes it 'actionable data'.

But, as we well know, mobile monetisation is much more than just advertising these days, and that's where game advertising outfit SupersonicAds is looking to help.

It's announced Ultra, its from-the-ground up ad sever for mobile (iOS/Android) and social developers and publishers.

"Value exchanges networks such as offer walls and incentivised actions are key and these provide new challenges in terms of how developers run and optimise them."

Combining these channels with traditional ad units, house ads, cross-promotions, in-app purchases etc, so you can see a coherent overview of your return on investment, has become much more complex as well

"Developers want to see one clear ARPU figure so they can optimise user acquisition and the like," Shoham continues.

Ultra is designed to handle these issues, as well as making it easier for developers to integrate the numerous ad networks and monetisation channels they're likely to be using.

But Shoham is keen to point out that Ultra isn't a mediation layer.

"We giving developers control over the ad server. We prefer not to engage with providers. It's all about enabling developers."

And if the early results of using Ultra are anything to go by, there's plenty of inefficiency still to be squeezed out the system.

For example, SupersonicAds claims it can increase ads revenue by between 30 to 50 percent thanks to its use of real-time yield and fill rate optimisation.

"We're seeing this sort of performance even for companies who have advanced analytics teams," Shoham points out.

"You really can't deal with these systems manually anymore and, of course, if you can't fill your inventory or aren't filling it at the best price, you never get that money back again."

Ultra's single dashboard also allows developers to compare their revenue from IAP and ad formats side-by-side and broken down in terms of platform, provider, country and product.

Supersonic raises $15 million to open offices in China, India and Japan and boost headcount to 250

Misguided Mission: The search for the elusive IAP

Sponsored feature: Should I use an ad server or a mediation service?