Devs need to retain control of their games 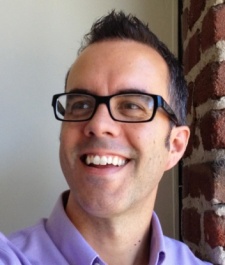 February 28th, 2013 - 02:30pm
By Keith Andrew
It says something about the talent in the indie scene that there are now a number of weighty parties fighting over catching their attention.

Just as Chillingo's new indie venture with Samsung  100% Indie  gets ready for launch, so Selfpubd has unveiled its 'indie marketplace' Thumb Arcade, promising to direct consumers towards titles from smaller studios.

But should indies be looking to sign up with publishers in any shape or form if they get the opportunity, or should  with the help of ventures such as Thumb Arcade  they be doing everything to hold onto their games?

We caught up with the man behind Thumb Arcade  Selfpubd founder Andy Rosic  for his take on what an indie needs to succeed in 2013.

Pocket Gamer: Firstly, for developers already listed on native marketplaces and possibly tapped into other discovery platforms, what would you say Thumb Arcade has to offer?

Andy Rosic: As long as you are a dev who owns your IP and you're not contracted to a publisher, then why wouldn't you want to explore one more super affordable discovery option?

Also, this is only one of our features. It's a super important one obviously, but we exist to be a hub of business tools to help a game company succeed across all business components.

You're currently limited to the browser on both PC and mobile. Presumably you'd like to launch a dedicated app  is this possible on the App Store with Apple's refreshed rules?

We're exploring apps. You can probably tell from the design that it was built - on mobile - to eventually be an app. But, initially, we wanted to be readily accessible to anyone, anywhere and not wait on app approval timing.

Some interesting options open up with being an app, but as you mention you also face potential restrictions. We feel it's a pretty cool app-in-browser experience on mobile and it will continue to improve.

Some of the games listed on the platform are attached to big IP, such as  on first glance  Scooby Doo. Do games like this damage Thumb Arcade's indie focus?

Technically, Halfbrick and Rovio and many others are "indie". And they're welcome to join. But we likely don't suit them.

The game you mentioned is actually published by a small game company right here in Portland, Oregon. We're building a platform of business tools that most Indies don't or can't have access to otherwise, and that's our core value.

The big indies have built or contracted out for these services over time and so likely wouldn't need or want to repeat them with us.

What do you make of Chillingo's recently unveiled 100% Indie venture?

I have tried to hold back comment on this whole deal, because I've already waved a finger at Chillingo in the past - as you well know.

I'll more than likely write a blog post about it, but the bottom line is this: You can jump through Chillingo and Samsung's hoops and earn more of the profits...on a smaller marketplace...for a few months.

Or, you can actually stay 100 percent indie, sign with Selfpubd, get tons more exposure and discovery on Thumb Arcade - where we take 0 percent of your revenue, and get all the additional tools, features and options to grow, manage and sustain your game business.

UK trade association TIGA has just claimed more powerful mobiles and tablets mean scores of mobile games will soon be of console quality. Is this a good thing?

Absolutely, and then again not.

You could publish a magazine in your document app, but you probably just type words like I do. Sometimes more doesn't amount to much. But I am excited, too.

Give creative, resourceful developers more to play with, more room to push boundaries and expand and attempt and I think we'll all see some really cool new games come out of it.

I fear however that most of the initial limelight will be sucked up by big console players vying for market share in the core gamer gone mobile space. And a lot of it will likely be console game "ports" to mobile.

But once that levels out then the games that take your breath away, make you stop what you were doing mid-sentence, will emerge and remind us why we all started playing games in the first place - and why we're going to spend unearthly amounts on those shiny devices.

You say you'll soon add support for Windows Phone and BlackBerry. What's your ultimate vision for the site, and is there a risk that, if it gets too crowded, it may be less valuable as a discovery platform?

I've developed on BlackBerry for 15 years, and some on Windows during that time, so I have an affection for the platforms. But time will tell in terms of demand - push and pull.

For the site, I get asked this 'crowded' question a lot. First, it's a great problem to have. Second, having that problem you then have to solve it.

We're not constrained like the app stores are. I don't have to show you certain games, or songs or whatever, to ensure that I make the most money possible - remember, we take 0 percent from the devs on Thumb Arcade.

While the constraints are real, small screens and growing content, the opportunity to deal with it creatively is completely open. We've got some pretty cool algorithms already and we're working on some potential options that we'll be quietly testing - so that we're ready when that day comes. Hopefully, sooner rather than later!

Outside of discovery tools, what else does the average indie need to earn their crust on mobile these days?

Discovery is the #1, #2 and #3 most complained about problem for devs. But it's only one spoke in a wheel.

The rest also have to do with running a business. So many devs are great at design and coding. And that's it. I don't mean to sound harsh, but I began that way too years ago!

We deliver transparent analytics across our tools. We offer options around promotion, user acquisition, customer support, discovery  as ThumbArcade.com - and soon adding customer retention, monetisation, regionalisation and more. But it's all in one place.

You want build your game? Go open Unity or similar. You want to run and manage your game business? Open the Selfpubd dashboard. We want to be the hub for all of those spokes.
Thanks to Andy for his time.

You can visit Thumb Arcade here.