Scopely: We're not a publisher, and that's why we'll give you more 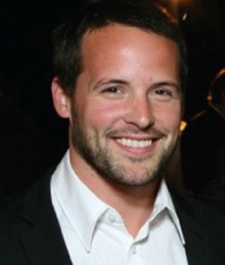 Now, however, the situation's turned on its head.

The reason is clear.

The mobile games market is massively over-supplied with content, discovery is a mess, and if you want to guarantee your new game has a decent launch audience, it's likely to cost you anything from $100,000 to $400,000.

Publishers can fill this gap. That's why companies such as Zynga, Gamevil, Pocket Gems, Game Insight and - as just announced - Kabam have changed their business model over the past 12 months to including publishing units.

They have cash and the marketing muscle to push new content to their existing player base. They're also experienced in terms of best practice for analytics, optimisation and monetisation.

But according to Scopely CEO Walter Driver, their approach is fatally flawed.

"They're competing with themselves," he states, pointing out that inhouse development will always end up being prioritised ahead of third-party content.

"I don't think publishers are compelling for indie developers," he adds. "I'd want a partner to be as passionate about my game as I am."

Of course, that is Scopely's plan.

Funded to the tune of $8.5 million, and providing its own backend services, including a social gaming network, it's looking to navigate a new relationship between the developers of touchscreen games and publishers.

Avoiding the term 'publisher', it calls itself 'a next generation consumer mobile entertainment network that provides an entirely new development and distribution model to developers'.

What that means in practice is it's working with just five announced partners, and getting heavily involved in projects still in development.

"Our partners' success will be our success. We're going really deep with them," Driver says.

Yet, even an 'entirely new development and distribution model' can't be a total break from the past.

In order to demonstrate it has a network of users, and it knows what it's talking about when it comes to successful operating free-to-play games, Scopely has released its own titles, and will continue to do so.

To-date, it's released four games on iOS and Android, three of which use its With Buddies brand. Bubble Galaxy with Buddies has been the most successful of these, gaining a million downloads during its launch week.

This is just the start, however.

Driver says it will be revealing more about the first batch of games from its launch partners - Double Fine, Big Cave, High Line, Rocket Jump, and Zupcat - over the coming months.

Other partners may also be announced, although Driver is tight-lipped about how wide Scopely's distribution pipe could end up.

"We're very selective about who we work with," he says.

"We'll be going to the ends of the earth to ensure our partners are successful. We can't guarantee success, but we will guarantee we'll give them more than other publishers."