Shoring up your game's back end: Corona Cloud is 'really easy' and out now 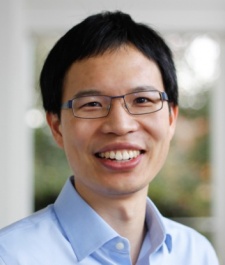 Corona announced its intention to integrate the Game Minion stack into its own product offering under the label Corona Cloud, and began operating under a closed beta phase.

And now, that beta is all wound up. Corona Cloud is publicly available from the Corona Labs website alongside its popular Corona SDK.

So, in order to find out more about the Corona Cloud offering, what developers can get out of it and how it will be integrate with Corona SDK, we caught up with Corona Labs CEO Walter Luh.

Pocket Gamer: What is Corona Cloud, and how will it help mobile game developers?

Walter Luh: Corona Cloud is a way for people to enable a back end for their games.

A lot of people really struggle with just creating a game and getting it out the door to begin with, so what we want to do is make it much easier for them to take the thought process out of creating a back end.

What do I mean by that? Well, today, if someone wants to do achievements and leaderboards on a cross platform basis  not just on iOS, but across a range of Android devices too, say  and they want to have shared leaderboards or achievements or challenges, it's really difficult.

So we're going to make that really easy.

We're going to go much further than that though. We have capabilities like multiplayer, so if they wanted to do a turn-based game for example, we have this whole back end that makes it incredibly easy for them to do that.

We also have push notifications, for if a developer wants to push things to the devices really easily. Right now, if you want to do that, you have to create your own server, and find a way to push it to the device.

So basically, the name of the game is to make the basic things really easy. We're providing a higher level service that's focused more on gaming.

While there are a lot of foundational pieces out there to do basic server stuff  like Amazon web services, or even low-level server wrappers around that we're really focused on the higher level. Things like being able to connect with Facebook and Twitter, being able to manage users and really manage multiplayer.

All of these things that you would really care about as a game developer, we're trying to make a lot easier.

The Corona Cloud offering follows the acquisition of Game Minion last year. How has the offering advanced since that acquisition?

Essentially Corona Cloud is the Game Minion stack. We've been working to extend it and to bring it into the Corona fold.

I think we've also added a great deal of polish to it. There were a lot of things that hadn't been fully tested, and there were features there that we've since really polished to a high degree.

There were some social connect issues, for instance, and the multiplayer stuff wasn't quite working yet. A lot of the stuff was in at an alpha level, and we really brought it up and said we need to finish this.

So, although Corona Cloud isn't exclusively for Corona SDK users, the two products do work together nicely?

That's right, but we're happy if people want to use Corona Cloud without using the Corona SDK. If we enable developers to developer their cloud-connected application ten times more quickly, we've done our job.

I think the huge advantage of using both products together, though, is that we're really doing a tight integration between the two.

So you don't have to write your own web API calls  we actually write a nice little wrapper library that allows you do all those things in a much more familiar API. You don't have to be an expert in web API or REST calls to do it, you just call through to this library and it takes care of the heavy lifting.

On top of that, we've created a nice user interface. It's all great if you can fetch a friends list and try to fetch the top scores on your leaderboard, but as a game developer, you still have to create a user interface.

So what we've done is created a pre-canned interface that you can use. And one of the great things we've done is we've made it so you can re-theme the interface if you'd like.

People who use the SDK will really benefit from that ability to have a headstart in creating a cloud-enabled application where they are able to show leaderboard and achievements on a cross-platform basis.

Today, when you want to do that, you have to create the UI twice, and you have to think about "will this work?" So some people just don't do it  it's just a lot of work and another extra thing that slows them down from getting their app in the store.

The market for these back end as a service tools is expanding. What advantages does Corona Cloud offer over other solutions?

I think that with Corona Cloud, our focus is on higher-level services. We're initially focused on the gaming market because that's an area that's of deep interest to a lot of developers.

I think when you look at a lot of the solutions out there today, they give you the basic hooks, but then if you want to do something that's more sophisticated or more advanced, it actually takes a fair amount of thinking.

We've done all that thinking, and really tried to simplify that process so that we actually have focused web APIs for these particular kind of services. You can create your own leaderboard by just calling our API  you don't have to think about it.

We try to take the thinking out of that whole process. In the same way that we approach the Corona SDK  where we say, we want to take as much thinking out of developing a game on the phone or tablet as possible. We're trying to take that same philosophy and bring it to the cloud.

What can you tell us about pricing for Corona Cloud?

First of all, the pricing will be exactly the same whether the developer is a Corona SDK user or not.

We wanted to say: some things we don't think are worth charging for. A lot of people are trying to focus on really counting everything that you use, and part of that philosophy makes sense. That philosophy is, if you use more, you should pay more.

But we felt there were certain things that really weren't worth charging for. We wanted to make it so that if you're just trying to do basic account management, leaderboards, or achievemenets, it can be unlimited. There's no point in us charging for that  they're just basic things.

So we wanted to make that free for everyone.

So beyond that, we're saying there's a certain amount of storage, and a certain number of API calls and push notifications that will come free.

In terms of the pricing tiers, we want to have an indie tier at $49 a month, a pro tier at $99 a month and a studio tier at $199. At the top end, you'll have much more generous numbers of API calls and storage and things like that.

But the great thing is, if they have lots of users logging in or posting high-scores, there's no impact on those API call limits. We don't want people to have to worry about counting their APIs for basic things.

We think that's a fairly unique approach. Most other people are saying, "all API calls are created equal," but we don't think that's true. We think these basic API calls shouldn't cost you anything.
Thanks to Walter for his time. Reply
David Rangel
Rob - thanks again for posting. Your continued attention to all the details of our operations puts me (the company COO) to shame :)

I assure you we try to keep all our different initiatives running, but as anyone running a small startup knows, things sometimes fall through the cracks. All in all I think we are doing a pretty good job. As for your comments on Mac Apps and the Level Editor - no platform is perfect, and if we stretched ourselves thin with a million projects, it would be even harder to maintain our high standards on the 2 platforms that count today (iOS and Android).

In any case, thanks for the comments. Your posts definitely keep us on our toes.

Reply
Rob Lucifer
This is all well and good, although it seems the implementation is questionable (based on comments from your own blog), but there are so many other things that should have taken priority over this. You have had LuaSocket issues for almost a year, along with several other showstoppers, and have made so many broken promises that were never delivered on.
Mac apps was first promised 18 months ago. Level Editor over a year ago. 2 week feature and bug cycles that didn't stick. Webinars that were supposed to resume in January but never did. Developer lunches that stopped cold. The last two were things that endeared people to your company, along with friendly and conversational staff presence which is now lacking.
Criticism used to be met with acknowledgement, now the slightest thing and your COO resorts to calling your users names.
You couldn't even get Mac Apps right when we saw demos running, same thing with Level Editor. How can we expect you to get this right? Is it just going to be another broken promise?
For now I am stuck using Corona for work so can't simply drop it, but I think, luckily, very soon the lack of pressing bug fixes and inability to keep up with new features will see my boss consider a better alternative.
Posted 8 years, 7 months ago