With peak ARPPU of $90, Aeria Games explains its unique approach to mobile games as a service 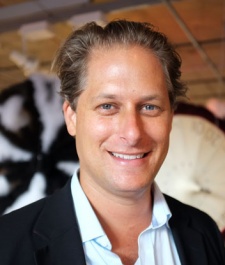 March 21st, 2013 - 04:32pm
By Jon Jordan, Contributing Editor
Aeria Games may not be a well known name in the mobile games space, but it's only a matter of time.

Founded in 2006 in the US by a management team of Vietnamese origin, it focused on midcore free-to-play online PC and browser games, building up a strong reputation as it sourced titles from developers in Asia, publishing and operating them in the rest of world.

Now it's taking the expertise built up over the course of publishing 65 games in 40 countries and applying it to mobile games.

"We have a lot of data we can use to benchmark new games, and we know we're very good at monetising on PC, so the question was, could we transfer this to mobile?" comments Pascal Zuta, CEO of Aeria's European operations (pictured).

With only a couple of mobile games released, the answer is a resounding yes.

For example, card-battler Monster Paradise had a (40-day trailing) ARPPU (average revenue per paying user) of $35.07 in the US, while the French version of the game was higher, at $36.42.

Peak numbers over the 2012 holiday season were much higher; over $4 in ARPU and over $90 in terms of ARPPU .

"We're proud of the numbers but we didn't expect them," says Manual Figeac, Aeria Europe's head of mobile operations.

"We thought PC would be better than mobile, but then we realised other mobile publishers weren't as good at monetisation and community support as we are."

Making a distinction between different country versions of its titles is something Aeria has learnt from operating online PC games.

When it localises a game, it's not just dealing with language translation and cultural changes. In the case of Monster Paradise, for example, the French version of the game is a separate standalone app.

More significantly, it's operated by a separate live team, which tweaks the game and its economy for their particular audience.

It's a model Aeria will be following when it comes to the German and French releases of its dark fantasy card-battler Immortalis. The US version was released in February and its ARRPU is $35.93. There will be a Spanish version of Monster Paradise too.

"It's the only way you can deal with the fast-moving mobile market," says Stefan Behrens, Aeria Europe's COO. "You have to let people run their own teams as business units, and find best practices and then share with other teams."

It's not cheap though. Behrens says Aeria spends a lot more than other companies to localise its titles. In the case of Immortalis, it commissioned a complete new set of 650 cards because it didn't think the set in the original version would appeal to western audiences.

In December 2012, it merged with Japanese PC and mobile publisher Gamepot, gaining inhouse development capability for the first time. Aeria has a 35-strong mobile game development team in Korea as well.

The result is Aeria Games is now an 600-strong global company with annual revenues of around $150 million. To that extent, it's comparable to the likes of Kabam, albeit with a lot more of its business still on PC than on mobile.

That will change over time, though. As well as releasing Monster Paradise and Immortalis in new countries, Aeria will be publishing Checkmate from Chinese developer Hoolai.

The World War II iPad strategy game was a top 30 top grossing game in China, and will be released in Germany in Q3.

"We're moving from operations and data to take a more creative approach to the games business," says Zuta.

You can get more detail on how Aeria Games runs its mobile business in the following interviews with Pascal Zuta and Manual Figeac.