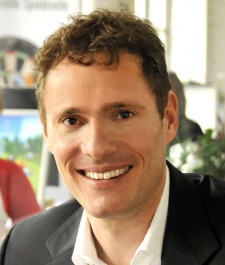 March 21st, 2013 - 04:31pm
By Jon Jordan, Contributing Editor
Given its mission statement is to "Bring people together to have a good time with games - wherever, whenever" it's no surprise games portal GameDuell is investing heavily in mobile.

Indeed, the German company, which focuses on casual head-to-head gameplay (hence the 'Duell') has an excellent example to follow.

It's following the route taken by King.com, which moved from its own casual games web portal to become a key cross-platform player with web, Facebook and mobile success in 2012.

Based in Berlin, with offices in San Francisco, the 200-strong GameDuell certainly also has a strong foundation for its future activity.

We caught up with CEO Kai Bolik to get his take on where the company is heading.

Pocket Gamer: GameDuell's business is built on its own web portal. How important do you think this will continue to be as you move into mobile?

Kai Bolik: Reach is one of the most important factors to stand out from the large competition in mobile and cross-platform games. Our existing and very successful web business with 500 million monthly page impressions and almost 5 million daily played games gives us important leverage for cross-promotion. 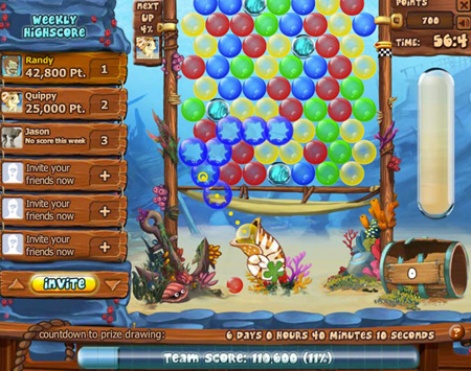 Our portal is also a great platform to test early product version with our existing community, and the web business is important for us in terms of the financial means for our investments. It provides us with the necessary financial stability for our endeavors into the social and mobile spheres.

You released your first iOS and Android titles in 2012. What did you learn from that experience?

Actually, we launched our first iOS game in 2010 and our first Android game in 2011, so we've been active in the mobile market for quite a while.

According to our perspective, cross-platform connection and particularly connection to Facebook is key. It takes more time to implement it in the development process, but it delivers a big leverage once you have properly solved it and the game is launched.

Why is providing a cross-platform experience so important for GameDuell?

Users request it. They switch platforms, as we can already see. All market figures show a strong shift from web to tablet. Maybe in four years, we won't have computers in the home anymore.

Our vision is to bring people together to have a good time with games - anywhere, anytime. To be present on all platforms that the players are using is an important part of our strategy. By expanding to different platforms our reach gets automatically much bigger as we can approach new player segments.

A positive aspect of this is to diversify our business along with conquering new platforms. It reduces the risk to be dependent on the fate of one platform. In our case we target growth in new areas on the basis of a solid and successful web business.

Your games are in the casual genre, so how do you think they will be accepted, considered the industry is moving towards midcore games?

As the market develops, there will be a lot of fragmentation and sub-genres evolve with it. We are convinced that there will always be much room for casual games in the market as they are targeted to the mainstream. That's our audience here at GameDuell. 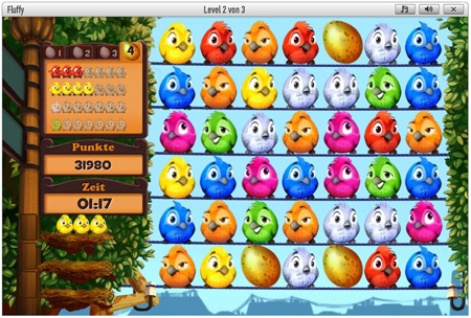 Fluffy Birds is another GameDuell favourite now on mobile

Our target group is the mass market, not core players. If history repeats itself, then casual games will still stay the genre with the largest reach. Moreover, hardcore gamers might also play casual games parallel to more complex games, as maintaining two or more hardcore titles tends to get exhausting.

You're currently hiring with 120 open positions. Why are you recruiting so aggressively?

We esteem our kind of games perfectly fitting for mobile devices and social media. The market is currently evolving in our favour.

Casual games are the perfect fit for the flexible use of smartphones and tablets we see. We are convinced that we can expand our business substantially in these fields as these newer market segments are still growing substantially.

What are the key developments we should be looking out for from GameDuell in 2013?

At the moment we are working on some new mobile and social games and particularly on more cross-platform versions of our most popular games. A first example in that regard is our successful bubble shooter Bubble Speed that we offer on our web platform, on Facebook, on tablets and on smartphones.

To achieve our cross-platform ambitions we will intensify our efforts in this field. In particular, a part of our team is pioneering into the first HTML 5 projects, which will be cross-platform from the outset. Some of them are planned to launch in the first half of this year.

Thanks to Kai for his time.