How his studio became a success 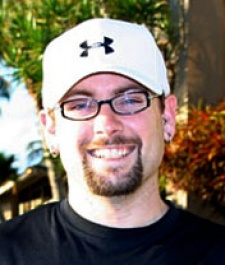 April 4th, 2013 - 01:13pm
By Dennis Scimeca
As those who were sunning themselves in San Francisco for GDC last week will know, NimbleBit co-founder Ian Marsh took to the stage to detail the secrets of his studio's success, expressed as a series of do's and don'ts.

Marsh admonished his audience not to believe everything he said, and made it clear that his methodology was specific to small, independent developers making free-to-play games.

Nevertheless, his wide-ranging advice ran the gamut of creative, community, and business issues faced by smartphone studios, arguably serving as a series of rules applicable to almost any developer working within the mobile field.

Naturally, we couldn't let Marsh get away without expanding on some of the rules he suggested to the audience, and promptly sat down with him afterwards for a probing Q&A.

Pocket Gamer: You said that developers should only make games they will enjoy playing themselves. Have you abandoned development on games by that principle?

Ian Marsh: There's been only a handful of projects that we've canned entirely due to us not enjoying it at a certain stage.

The biggest example I can give is how we stared Pocket Planes as a train sim game and, pretty far into development, thought it just wasn't fun enough and decided to change it to the plane game it became - which was a pretty big change and required a lot more work. 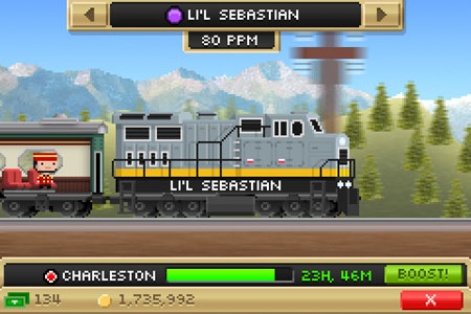 A screen from the canned Pocket Trains

We thought it was worth it because I don't think we're capable of finishing a game we don't enjoy. We just get too bored with it.

You advised the audience to join and encourage the development of online communities. How difficult is it for you to do so the more successful NimbleBit becomes and the more games you have communities for?

In terms of the player communities, it's been something that we've had to almost let go of and let grow and exist on its own.

In a lot of our earlier, successful titles we would manage Facebook pages and even forums at one point, but that got to be so much work as the number of games we released increased that now we allow that stuff to grow and flourish on its own and allow the die-hard, true fans to moderate it themselves.

And that's worked pretty well for us so far.

You think it's a good idea to keep companies small, but can you do that once a business takes off?

There are a lot of tasks that you never knew existed when you start having a couple successful titles out there, but we've managed to be smart about finding part-time help to do like bookkeeping and customer support.

We get part-time people where we can, and we try to distribute all the rest of the tasks between us evenly so that it's not too big of a load on any one person.

Development wise, we could have multiple teams taking advantage of our media attention and exposure to produce four or five games a year if we wanted to have enough developers on board, but that takes our hands directly off of those products and puts a lot of the design responsibility in the hands of others.

That's just not something we're too comfortable doing unless we find the absolutely right people.

Have you ever had to pass up on ideas that you thought were really good but had to leave on the table to stay small and focus on a single project?

I don't think we've ever had two ideas that we thought were equally great at the same time.

Usually we're always going with what we think is our best idea at the time, and then if we come up with a better idea we would probably just switch to that idea [laughs] and leave development of the old game where it is. 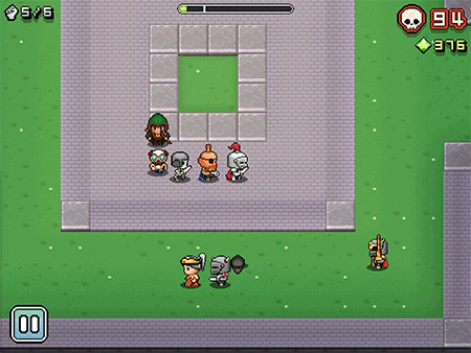 If we ever think of something that just absolutely incredible and mind blowing we wouldn't hesitate to just switch to pursuing that.

You think mobile developers need to scratch each others' backs. What were some important relationships that paid off for NimbleBit?

I'd say the biggest example was Temple Run.

We've been friends with [Imangi Studios founders] Keith [Shepherd] and Natalia [Luckyanova] since the very beginning, and we always made sure to help cross-promote each other when either of us would release new games, and obviously that's become much more powerful for both of us as we've had more and more successful games.

Another pillar of your talk was not worrying about piracy, cloning or cheating. That can't always be easy...

Usually, what ends up happening late in development is that we think we've come up with a way to secure the game file or prevent tampering in some way that would never effect players who aren't cheating.

Then it always, invariably ends up backfiring and triggering false positives during the beta.

Then we rip everything out and say, "No, we're not caring about it. Why did we even care about it in the first place?"

It's something that we keep relearning apparently during development. In the final product we almost never do any kind of anti-piracy stuff.

You said that two months is your sweet spot for development. You spent four months on Tiny Tower, seven to eight months on Pocket Planes. What was the dev cycle for Nimble Quest?

It was around seven months. Part of that time at the beginning was wasted doing updates when the new iPhone came out.

We had to have support for new aspect ratios and stuff like that, so real development time was probably around five to six months on Nimble Quest. We'd like to get it even shorter but it's a lot better than we did for Pocket Planes.

How often are you tempted to break the rule about keeping to short development times?

We break our own rules probably more often than you'd think.

If we had an idea that we were so in love with that would take a long time to develop, now that we have the financial security to pursue a project like that without being under the gun, I think we would do it. 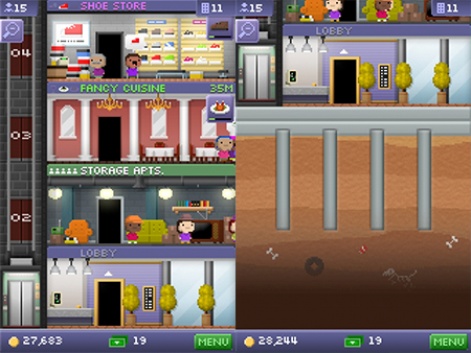 So far our attention span is short enough that we never feel like pursuing anything more than a few months' development time.

You always talk about putting the in-app purchases in last. You beta test without it. Do you ever think about changing the formula now that you understand how much money your games can make?

I think the reason we've had the success we've had is because that's how we design our games, and because we're so generous to free players. That's what we've built our entire fan base [around], that kind of generosity.

I don't think we're ever tempted to change that. We're more than happy with the success we've had with that strategy so far.

Could another NimbleDo be, "Be humble?"

That wasn't one of them, but that's a good one.

That goes along with scratching backs and helping others when you've had success, especially people starting out because you never know where they're going to go. You've got to remember where you came from, for sure.

Another rule was "Don't do anything you don't want to." Like what?

Probably getting our stuff on Android. It ended up working out for us because that's a significant source of revenue, but it was a good deal of work to partner with people to get our games on other platforms early on.

While it was worth it, the amount of control we lost by having to shop that out is what inspired us to try out Unity so that we can deliver on those platforms ourselves directly.

"Don't let suits waste your time." What were you thinking about when you wrote that rule?

I don't remember all the names of all the startups and monetisation and app discovery services, but you would be amazed at the amount of those emails you get once you're on the charts, and I really wouldn't even have time to answer them all if I wanted to.

You've got to pick and choose, and it's easy when you're talking with other developers. 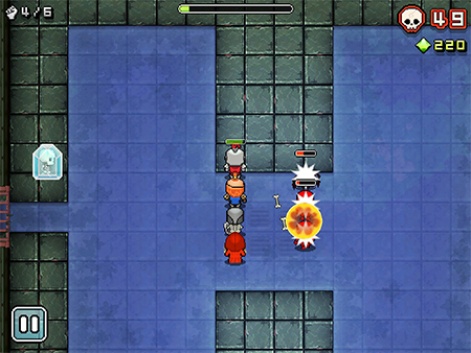 The group consensus usually ends up being that certain services are better than other ones and more worth your time, so as long as you focus your energy into pursuing the ones that are worth your while it's worth doing.

I heard somebody pitch you a business idea right after your panel, didn't I?

Yeah. It's even more than just emails and when you're at conferences you have to be prepared for that too, but I try to be as graceful as I can and nice as I can. [Laughs].

Last question  you said that it's important to always play other games. Were there any games that inspired you to make an action RPG like Nimble Quest rather than going with another sim management game?

The idea for the game came from playing a game with similar mechanics called Call of Snakes.

It was under the radar, wasn't a particularly well-executed game, it never really gained popularity, but we spent a lot of time playing it in the office and started imagining what the game could be if you added a lot more to it and really polished a lot of the core mechanics, so that's actually where Nimble Quest stemmed from.
Thanks to Ian for his time.
Dennis Scimeca is a freelance writer from Boston, MA. You can follow him on Twitter at @DennisScimeca.