China spotlight: EGLS on taking the Asian success of Armed Heroes to the west

Update monthly and listen to your players

April 11th, 2013 - 10:30am
By Jon Jordan, Contributing Editor
Not many companies have experience of running a Java-based mobile online game.

Chinese developer EGLS was working on its Java MMOG Destiny Online back in 2005, however, and since then it's released a number of core experiences for its domestic market.

It's currently operating Heroes Online, an iOS-based MMORPG which has been very successful in China and Korea, and which marks the developer's first international release.

We caught up with business manager Serena Zhang to find out more.

Pocket Gamer: Can you give us some background about EGLS?

From 2011, the company began expanding its portfolio with a range of new games for iOS and Android globally.

Armed Heroes is your best known game. How well has it been performing in China?

We are proud to say that Armed Heroes is performing pretty well in China and also Korea. It has received millions of downloads in China and even more in Korea.

By December, 2012, it had been a top 3 grossing game in China, Taiwan, Hong Kong, and Korea, and was recognised as one of the top 10 mobile games of the year by many domestic media such as UCWEB. 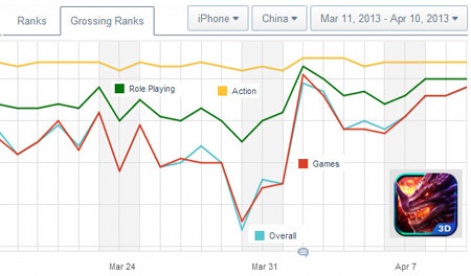 As it keeps growing more popular.

We have more than 40 servers supporting the game, we're released four expansions, and we're tripled the map size to provide a more enjoyable game experience. As long as our players keep playing, we'll continue supporting and updating the game.

Why do you think it's been so successful?

There are many reasons for a game being a success. Regarding Armed Heroes, right time, right platforms and right people all came together.

Just before the sudden rise of the market, EGLS had decided to create such a 3D MMORPG on mobile devices. We did not pluck the idea out from the air but from our years of experience in developing and publishing mobile games in the China market.

We have accumulated an abundant understanding of Chinese gamers on their interests and habits. And, by developing and operating a series of MMO mobile games, EGLS has built mature team with terrific designers, engineers, artists, and operators, who are able to keep optimising, updating and adding new content to the game.

In October, you released an English version. How much did you redesign it for international audiences?

There is indeed a lot to do to get the game ready for the international audiences, including - but not limited to - the language, UI, art style, gameplay, and so on.

To ensure players easily understand the story, we had all the text localised by local partners to avoid cultural differences. 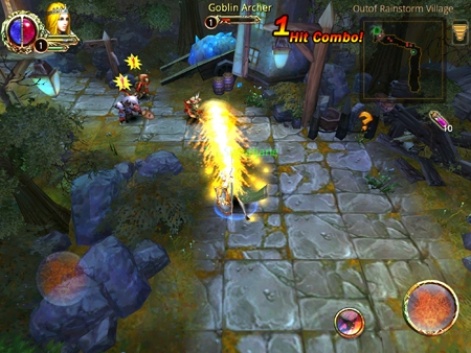 The game is supported by our own developed engine, which is continuously upgraded for better lighting effects and visual display. Moreover, we updated lots of art assets including characters, monsters, maps, buildings and items to bring players a more realistic-look game world.

Also, one of the most important thing for a mobile MMORPG, it is to offer new content since mobile users are more easily distracted than PC users. For that reason, we release monthly expansions with new gameplay, scenarios and new classes to keep the game fresh and new to retain players' attention.

Of course, Armed Heroes is our first game released globally, so we lack experience, but we keep listening to our players who have given us a lot of valuable ideas on improving the game.

You seem to release more games on iOS than Android, which is strange considering the popularity of Android in China.

Compared to Android platform, it is a lot easier for developers, especially independent developers, to develop a game for iOS.

The iOS market is also much more mature. As a start-up, giving priority to the relatively more mature and safe platform is a wise choice.

What differences do you think there are between western and Chinese gamers?

There are a lot of differences.

What what we see in our game, Chinese players enjoy PVP combat much more than western players, who prefer to cooperate with other players to explore the game world.

What do you think are the biggest challenges currently facing Chinese mobile game developers?

Survival. To survive the ever-growing and intense competition in China is the biggest challenge every Chinese mobile game developer is facing. 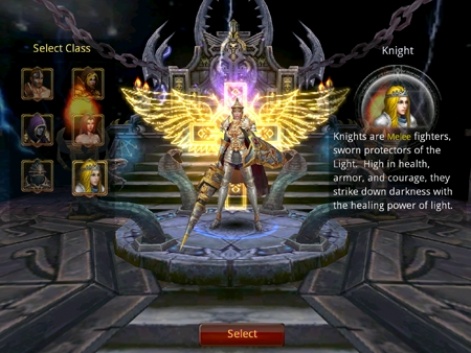 While the growth of both hardware and software contributes to the huge growth of the Chinese mobile market, there are also a great many new companies entering the market. Only the strong will survive.

What should we expect next from EGLS?

We will have a new 3D MMO released in 2013, but we're not revealing any information right now.

Thanks to Serena for her time.

You can find out what EGLS does next via its website.