Platform expansion also on the agenda 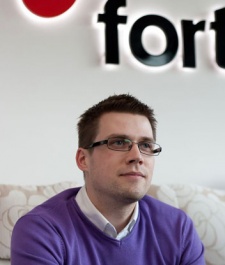 But it's what Estonian billing expert Fortumo has been doing since 2007.

Back then, it was mainly focused on enabling the players of online games to buy micro-transactions via their mobile phones.

Now, however, supporting carrier billing in 73 countries around the world, Fortumo is increasingly filling in the payment gaps that mobile platforms can't reach.

Apple remains locked to its credit-card-based iTunes platform, of course, but Fortumo's services can be used for in-app purchases in games and apps on Android, Windows 8, Windows Phone, Java and legacy BlackBerry OSes.

Most recently, it became the first supplier to offer in-app purchasing for Barnes & Noble's Nook devices.

Of course, given the much higher revenue multiples that can be driven through carrier billing, especially in regions where credit card adoption is low, hook us with companies like Barnes & Nook makes total sense both for them and Fortumo. 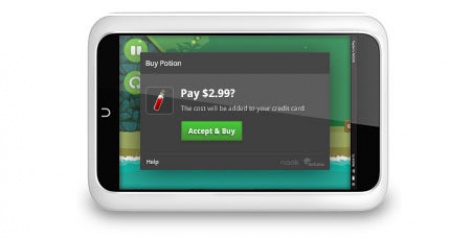 A Fortumo-enabled purchase on Nook

Yet, building up its business has been a hard slog.

While it's always offered developers a simple self service sign up, it's had to do the heavy lifting in terms of integrating with each carriers' billing system, as well as dealing with transaction fulfillment and complexities such as fraud detection.

Similarly, as Fortumo rewrote its platform from scratch for mobile, it's been able to offer more appropriate UI and much shorter authorisation times compared to companies more embedded within the web ecosystem.

Now it's looking to build out its carrier partnerships in markets such as India and China.

"This is our third attempt to crack China. It's really difficult but thanks to our deal with China Mobile, we think we can meet the opportunity now," Koppel explains.

A key reason for the interest there is Google Play isn't available in the fast-growing and fragmented Android territory. However, in order to succeed Fortumo may have to extend its business model.

"We already have a huge portfolio of games companies [using Fortumo] but in China we're tackling the problem from a different direction," he says.

"It becomes more of an issue of helping western developers into the Chinese market, as well as helping Chinese developers to go global."