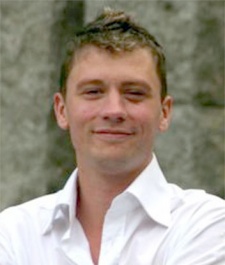 April 16th, 2013 - 01:00pm
By Joseph Barron
The collapse of Free Radical Design  the Nottingham-based studio most famous for the TimeSplitters series  in 2008 dominated the games media at the time.

While many staff were saved to form Crytek UK, however, others took the opportunity to break away from the studio to make a move on the rapidly expanding indie scene.

One such outfit - Fallen Tree Games  is arguably the most successful indie team to emerge from the demise of Free Radical.

The two man outfit comprises of game director Joe Moulding and art director Lewis Boadle who, even before Free Radical's fall, had started developing mobile games in their spare time.

Two million downloads later, and Fallen Tree Games is not only a success, but also another fine example of how the transition many developers are making from console to mobile development can bear significant fruit.

"We'd both worked within big teams on high profile projects for a number of years, so it felt refreshing to work on something completely the opposite," Boadle told us.

"Joe dug up a game he'd written back in 1993 for the Amstrad CPC called Last of the Smileys where the objective is to slide a smiley face around a maze. We ran it on an emulator, and figured it was a good starting point."

This concept lead to the first in the duo's puzzle series, Quell. So far they have seen the series downloaded over two million times across iOS, Android, BlackBerry and Nook.

"Initially we planned to quickly rewrite [Smileys] for iOS, re-skin it and release it on the App Store as an experiment to learn how the process works. Then we'd do a new game from scratch," added Boadle.

"During an evening of playing Flash games on Ferry Halim's beautiful 'Orisinal' website, I came up with the concept of raindrops on a window as the theme. We were both fans of Braid and wanted to layer a calming and thoughtful aesthetic on top of the puzzle game.

"By the time we released it, we'd put a lot more work into it than we originally intended."

Choosing to work a mobile game at home whilst still developing big console titles at work seems like an unusual decision and a massive workload  though, undoubtedly, it's a strategy many other developers will recognise.

It begs the question, however, of whether they saw Free Radical's financial problems coming. Was making their own game a way to get a head start in case they were made redundant?

"It may sound naive with hindsight, but we didn't have any idea of the financial situation until right at the end. It was a real shock," clarified Boadle.

It appears that, while neither Boadle nor Moulding were aware of Free Radical's troubles, they were beginning to lose interested in the kinds of games the company was making.

"The console games I'm most interested in playing aren't the ones with 'better graphics plus new combat mechanic', but those that explore more interesting and intelligent interactions with the world and NPCs, such as Watch Dogs and Dishonored."

Working on Quell and forming Fallen Tree Games was a big opportunity for both men to change their approach to game production as well as working in a totally different genre. 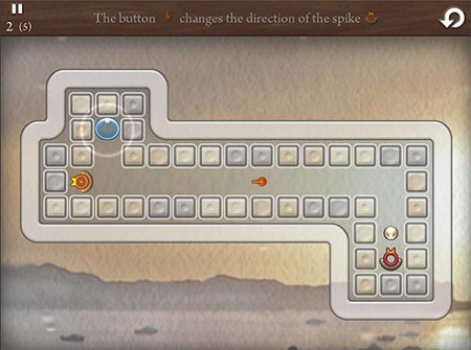 The original Quell on Android

"Without externally-imposed deadlines, we just iterated repeatedly, sometimes dozens and dozens of times, until we both felt we had nailed it," Boadle continued.

"Unlike a shooter, nothing in the Quell games is skill-reliant. Everything can be figured out in your own time by using logic and planning."

Lewis says one of the keys to success was to learn about and adapt to the very different habits of mobile game players, compared to what they were used to in traditional game development.

"We realised certain practical truths early on in testing, he added.

"Touchscreens are obscured by fingers. Not everyone is right-handed. Many people turn the sound off. Nobody reads text beyond 6 words. Attention is much more transient in mobile gaming, so you have to work to retain it.

"I set up a tripod and filmed my friends and family playing the game without me saying a word. This is a great way to spot potential problems."

However, while Boadle believes many things have changed, mobile has plenty of similarities to console gaming too, not all of which are being exploited to their full potential by the independent development community.

"Our console experience of localisation, testing and telemetry means that we could bring over some established best-practices to Fallen Tree Games," said Boadle.

"I'm often surprised that more indie games don't localise, as it's a great way to get exposure in other territories."

After the release of the first Quell title, the two men continued to work in large studios as they struggled to achieve visibility for their game.

Boadle moved to now defunct Eurocom and was crunching on GoldenEye 007: Reloaded. This spurred the development of Fallen Tree's second game, Quell Reflect, because both he and Moulding were increasingly bored of shooters. 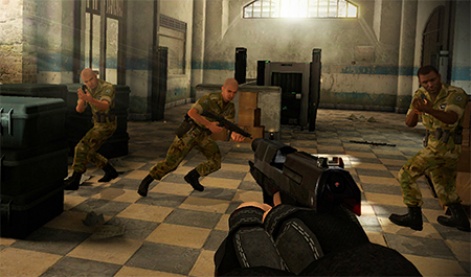 "We released the second game, Quell Reflect, a year later, and made the first game free. Over a million people downloaded Quell in a week and many of those then went on to buy Quell Reflect, kickstarting them both up the charts.

"It was only then that we began to think about leaving our paid industry jobs as a realistic possibility."

At last week's Meet the Games Press event in Birmingham, Boadle revealed that he believes Quell's success is down to reaching an older demographic than most other games. Was that a deliberate design philosophy, or a happy accident?

"I'm convinced it was down to focusing solely on creating games that we would want to play, and in doing so, we've stumbled across this huge swathe of casual gamers who don't post on games forums and don't buy console games," he clarified.

"They read books, play chess or Sudoku. Many of them are older  about half of our audience is 40 plus, two-thirds of them are female, and almost all of them have zero interest in Gears of War or GTA."

After attracting this new audience, Fallen Tree Games has continued to release Quell on new platforms, each time as a paid download.

Despite the increasing tendency towards free-to-play releases in the puzzle genre, Boadle says they aren't comfortable taking their series in that direction.

"I'm uncomfortable around the whole concept, but especially when it's aggressive free-to-play. As a gamer playing such a game, I know I'm being manipulated. As a developer, I'm thinking like a drug-dealer. If we did go down that path, it would need to be perfectly balanced like New Star Soccer or Tiny Tower." As well as avoiding the 'free-to-play bandwagon', Fallen Tree Games has also chosen to release Quell on some less popular platforms. BlackBerry, for instance, is a favourite, and the studio's next release, Quell Memento, is bound for release on PS Vita.

"It's part of strategy of looking for less crowded markets to take a chance on," Boadle explained.

"What gets more exposure, releasing on a platform which has one new game per week, or one that has 400 per week? We worked with Barney Williams from Bigyama who did the Vita conversion while we made the game itself.

"He was an old friend of ours from Free Radical with a ton of PlayStation experience, so it was a no-brainer to work together."

Boadle is also highly complementary of Sony's relationships with indies and the future of the Vita platform.

"I can't speak for other indie developers, but Sony has been very responsive to any issues we've had. There's a bunch of cool people there. The Vita seems to be picking up momentum as a hotbed for indie development, with excellent games like Thomas Was Alone and Luftrausers on the horizon, so we think there is a lot of potential."

So what's next for this dynamic duo after the release of Quell Memento?

"It's fair to say that with Quell Memento we feel we've taken that concept to its extent," Boadle concluded.

"Also, for our own sanity, we'd love to work on something completely different. We're only a two-man core team so we will have to choose our next project carefully. Attending GDC in San Francisco for the first time has given us a ton of ideas and inspiration.

"One thing's for sure, we won't be doing a first-person shooter!"
Thanks to Lewis for his time.