An analytics solution for the little guy 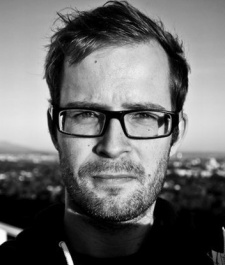 GameAnalytics is a Copenhagen-based start up dedicated to providing analytics solutions for game developers.

It's not to be confused with the Edinburgh-based GamesAnalytics (note the extra 's'), although the two companies naturally share a similar focus.

In contrast, however, the Danish firm believes its freemium model will help it stand out amongst competitors, and promises small developers access to free analytics tools that can grow alongside their success.

To find out more about the company's capabilities and its products, we caught up with GameAnalytics co-founder and chief product officer Matthias F. Hansen.

Pocket Gamer: Could you introduce us to GameAnalytics?

Matthias F. Hansen: GameAnalytics provides game developers with an analytics solution that enables them to know their players, improve their monetisation and make games people love.

We are based in Copenhagen, Berlin and Cologne with 14 people in total.

One and a half months after our public launch, we track 3.5 million unique players every day, about 15 million per month and in excess of 5 billion events across more than 140 active games.

There are plenty of analytics solutions on offer right now, so what makes GameAnalytics better than the competition?

First of all, GA is 100 percent for games. Everything we develop relates to what game developers need when developing games. Tools developed for apps and social are simply not good enough for games.

Developers need tools designed for developing games and that's what we do.

Secondly we are 100 percent cross-platform. This means that you can practically collect data from any source you want  mobile, tablet, web, servers  wherever there is data and a connection to the internet, we can collect the data.

To make it easy for developers to get started, we've developed a few SDKs for the most popular and promising engines and platforms, such as Unity, Flash, Corona, iOS, Android and we are developing a few more as we speak.

The third reason is pricing.

Speaking of which, could you explain GameAnalytics' 'freemium' pricing plan?

Our pricing philosophy is quite different. Current tools are either free with analytics provider claiming un-transparent ownership of the data of the games, or you have to pay very high monthly fees that only very few and successful studios are able to.

This means that you either don't know what is happening to your data or that you pay a hefty price.

We do it differently. We offer a free plan and paid plans that are priced at a 30th of the price of our competitors. Some are even 60 times more expensive.

We believe that is developer friendly. You pay as you grow and become more successful.

How do you think game design and analytics should interact? For instance, should game designers always be looking to make progress frictionless for players?

Well, I think the strongest argument for game design and analytics is that you can go beyond gut feeling and luck.

Game developers have great ideas, but as with developing all products there is an inherent danger of creating an echo chamber; you start to believe that your game is super easy because you are developing it and once you do get others to play it, level 2 is so hard that they never reach the überboss on level 20 that you just spent 20 hours creating.

So the idea of game design and analytics is to understand your players better and create better and more fun games for the players, not just yourself.

And to answer your second question, I don't believe everything should be easy  just look at Super Crate Box  the game is annoyingly hard, but people were hooked.

What I mean is that you as a game developer have to think about the players you want and that if you make your game too hard, people won't like it and won't pay for it  either because your reviews turn sour or because your free-to-play model never leads to IAPs.

And in the end, game developers need to make money to make more games.

Many small indies will be under the impression they don't need analytics, or they're too small to benefit from them. What would you say to these developers?

Everyone needs analytics because it is not a substitute for good ideas or great mechanics. It is an enabler for you to make better and more balanced games, regardless of whether you're a small indie or a big triple-A.

Better and more balanced games are more successful and that is a fact.

So a small developer can benefit by having five friends or a group of beta testers play their game to understand if their levels are too hard or the shotgun is too powerful.

At the end of the day it is about learning and understanding what works and what does not.
Thanks to Matthias for his time.

To find out more about GameAnalytics, take a look at the company's website.

What is a data warehouse and why do hit studios use them?