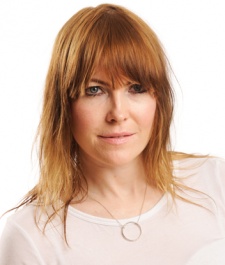 The tax break  which provides 25 percent tax relief on up to 80 percent of a game's production budget  was to be introduced on 1 April 2013.

But the European Commission did not approve the measures in time for this to go ahead, and has since announced that it will conduct an "in-depth investigation" into the proposed measures.

"At this stage, the Commission doubts that the aid is necessary," said the announcement. Joaquín Almunia, the Commission's VP in charge of competition policy further claimed that "such subsidies could even distort competition."

At the very least, this investigation means a delay to Games Tax Relief. At worst, it leaves the scheme's future in doubt.

To find out more, we spoke with Dr Jo Twist, CEO of UKIE, the Association of UK Interactive Entertainment.

Pocket Gamer: What's your reaction to the Commission's assertions and the doubts it raises over the need for Games Tax Relief?

Jo Twist: For our industry to be successful we need a fully functioning ecosystem of British studios making great games that are culturally British or European.

Tax production credits will create the diverse environment needed to ensure that this ecosystem will be created, and that studios can develop their own unique IP.

There is lots of evidence showing that not enough developers have the right environment to succeed within the UK. Developers now need to get the attention of a global audience  especially those developers focusing on mobile platforms  and we want them to be able to do that with culturally relevant games.

We know games are cultural, but not enough games that reference British and wider European culture in all its flavours are currently being made by British companies. We'll be making these points very strongly to the EC.

Given the Commission's statements, do you remain confident that the tax relief measures will go through as planned?

We will work closely with the European Commission, as our French colleagues did successfully in the recent past, to ensure that our incentives are fully in line with EU objectives. And we know the UK Government is determined to make this happen.

The UK industry's trade associations have played a major role in lobbying for these measures. Personally, how do you feel about this roadblock?

Again, we will work closely with the Commission to ensure that the UK scheme can be approved as soon as possible.

The games industry has the potential to be world-leading and British businesses, and the wider European games sector, can lead the pack if the right incentives are in place to ensure growth.

We are confident that the Commission realise the benefits of a thriving games industry and the positive knock-on effects for a converged digital economy  in job creation in the games, animation, music, storytelling, design and software sectors.

What can UKIE, and the UK's development community, do to convince the EU Commission of the need for games tax relief?

We'll be responding to the EC investigation thoroughly and working with TIGA to make sure we present as strong and united a case on this vital issue as possible.

Everyone involved is determined to make this happen. We will be showing that there are not enough games with British or European themes being made by British games companies and explaining why this is so.

But we need your help.

We are asking developers to tell us about games that have been cancelled and that you believe would have happened if the tax credit to incentivise the creation of a culturally British or European game - in terms of story, characters, setting, tone of voice, scripting - had been in place.

We are also asking developers to tell us about games you that had to be made "less British or less European" in their look and feel, tone, or narrative in order to get a greenlight.

Finally, we want to know what percentage of your work is currently work for hire - rather than your own original British or European themed IP - and what percentage would you estimate it to be if the tax credit was in place?

Anyone can send us their answers to our Facebook page or get in touch by emailing consultations[at]ukie[dot]org[dot]uk.

Could games tax relief spark a "subsidy race" as the EU Commission claims? After all, aren't these measures a response to the tax relief offered in Canada and other countries?

We don't think that this is likely to happen. The European game industry is still comparatively small.

At the moment, the majority of game developers and publishers and the three main game console manufacturers are from outside the EU.

Britain and the wider European games sector needs to successfully compete globally and at this point in time we believe that the EU is starting to recognise the huge strategic importance and potential of our sector.
Thanks to Jo for her time.