Gaming for a good cause: How Gramble is proving charity can begin at home for indies 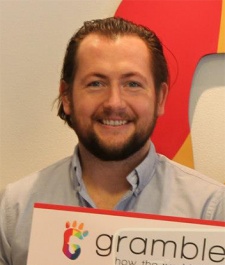 In doing so, the platform - which serves as a 'cause-driven mobile social network', funding charities every time players buy an in-app purchase or interact with an ad - opened up to a range of new users and developers.

Such is the way of the network, that all of said studios are all helping generate funds for Gramble's good causes.

But just how does this revenue sharing model work? And just what's in it for developers? We caught up with CEO Adam Palmer for the inside track.

Pocket Gamer: What is Gramble, and how does it benefit developers, players and charities?

Adam Palmer: Gramble is a social gaming network centred on the mobile and tablet markets where playing games is directly linked to raising funding for charities based on both player, developer and third-party actions.

Gramble also turns the spotlight on its developer partners, whose games it hosts - rather than licensing - with very favourable terms.

We have 105 game developers - ranging from indies such as Vlambeer to social-game developers GoodGame Studios - already offering their games for play on Gramble.

By bringing together players, developers, and charities, Gramble seeks to help improve lives around the world through gaming.

We offer game developers an attractive environment to showcase their work, charities an opportunity to reach new audiences and sources of funding, and players all the social features they've grown to love with a feel-good charity twist.

Gramble's network is changing the way that people donate to charity.

What features does the Gramble platform offer developers?

We offer developers an attractive environment where they can tap into an engaged market of players, making their studio names as popular as their games, without any infringement on their rights or intellectual property.

Furthermore, we give developers an effortless way to offer cutting-edge social and technical features like social-media integration, leaderboards, cloud saving, a global cross-game chat system, and much more.

Add to that a focus on sleek, modern design and a focus on charities, causes, and charitable giving, and we offer a platform unlike anything else on the market.

Gramble offers players a low barrier to entry, tons of opportunities for engagement with friends, games, developers, and charities, and the feel-good knowledge that when they take their gaming activities to Gramble, they are helping to better the world.

How big is Gramble, both in terms of the scale of its operation and the number of organisations it partners with?

Gramble's staff is now at 27 full-timers and growing. Including part-timers and advisors, the number of staff members is closer to 50.

We have operations running from 4 countries, so we have a round the clock approach to ship our product fast.

Although we are still only in closed beta testing since the end of December last year, we currently have over 127,000 registered users for Gramble with around 1,500-2,500 signing up every day - all almost entirely via tablet and mobile devices. 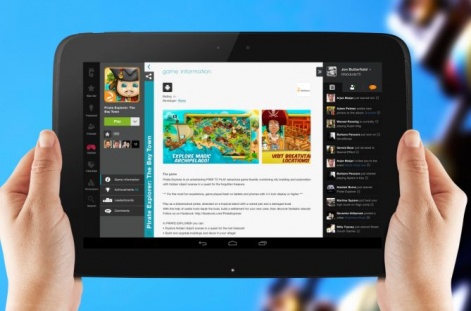 The open beta version of Gramble's mobile and tablet app is currently available via Gramble.com, with downloadable iOS and Android apps and SDKs for HTML5 and Unity to follow.

Developers who want to get their hands on the company's free SDKs are invited to learn more at Gramble's developer network at developers.gramble.com.
Thanks to Adam for his time.