Move over Ouya: Why GamePop thinks its 'all you can eat' model will win the unconsole wars 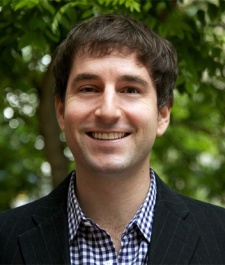 May 13th, 2013 - 09:30am
By Matthew Diener, US Correspondent
Shortly after its official unveiling, BlueStacks' GamePop subscription-based unconsole was surrounded by a cloud of questions.

We caught a glimpse of a placeholder controller in the announcement video, but details about in-app purchase support, hardware specs, and other considerations such as launch date were frustratingly absent.

In an effort to shed a bit more light on the GamePop, we had a quick chat with John Gargiulo, BlueStacks' VP of marketing and business development, to see if we could find out a bit more on the new Android unconsole.

Pocket Gamer: Running an Android virtualisation platform on PC or Mac is a very different business to getting into the console business - or unconsole business as some call it. Why did you decide to develop GamePop?

John Gargiulo: In fact there is a lot more overlap than it would first appear. We imagine this service someday across all big screens.

A lot of the technology overlaps also, and we already have many of the big app partners from our App Player install base, which recently crossed the 10 million mark.

How will GamePop compete in the world of Ouya, GameStick, Green Throttle etc?

This is an exciting and growing space. Three years from now, there's no way that these games that look so beautiful on TV will be stuck on 4-inch screens.

We think there is plenty of room in the space, but we think it will come down to content like launch titles.

Who has the best games that the mainstream wants to play?

Sideloading games from 1994 with one bit chasing another bit - well, there's a subset of folks for whom these are attractive, but we're going for a wider audience.

All those three unconsole highlight their controller. Why are you being so quiet about yours?

It is very original and exciting. It will merit its own launch when it's fully cooked

Why do you think opting for a subscription model is the right choice?

We actually did a survey together with SurveyMonkey and gave the two models as choices - pay for the system and pay for every game versus a free system all you can eat games.

The latter model won almost exactly three to one, down to the tenth of a percent.

Will you still enable in-app purchases?

Yes - via Google Play. We are currently working with them to get the device certified. We won't take a cut of IAPs, and we'll also share a lot of subscription revenue with developers.

Who are you working with in terms of hardware manufacturing?

We are not talking hardware specs or manufacturing yet. But it will run Jelly Bean 4.2, and our own UI.

How will the Android titles on GamePop differ to those on Ouya, GameStick, etc.?

We have the top developers at a level no one else has already like Glu, Halfbrick, OutFit7, Deemedya - many Google Top Developers. 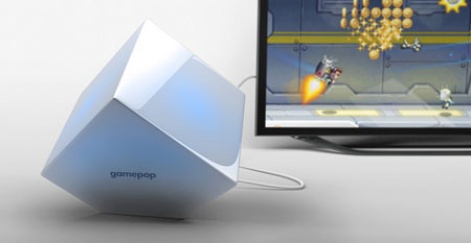 This level of quality is something only found on GamePop, and we believe most people gravitate to games they know rather than tons of lower-quality games.

Ouya has said it will offer a hardware update over time. What's your plan in terms of futureproofing GamePop?

There will be another announcement soon that covers this very issue.

What's the release date? One of our UK writers has just pre-ordered and received an email saying it's a winter 2013 release.

That's correct. It will be released this winter.

Do you hope to have a retail launch?

Yes we are in talks with several large retailers

Ouya has just raised a further $15 million. Will you require more funding to launch GamePop?

We have raised quite a lot of capital from Qualcomm, Intel, AMD, RedPoint, Andreessen Horowitz and other great partners.

We also have our PC business which is very profitable. In all, we're exceptionally well positioned for this fast-growing space.
Thanks to John for his time.