Upcoming months will be a tipping point for HTML5 gaming, says Ludei 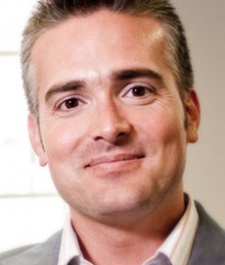 And despite the negative hype about HTML5 as a platform - especially for gaming - CEO Eneko Knorr points out that its HTML5 technology is being used by over 6,000 developers and three of the top 20 game publishers.

And he expects plenty more good news in the coming months.

Pocket Gamer: What's you view on how HTML5 is now viewed by game developers?

Eneko Knorr: There are people that still think HTML5 is not ready for primetime, but in the next months we'll see Tier 1 publishers launch their HTML5 games, and that's going to be the tipping point.

There has been a lot of bad press around HTML5, and the upcoming months this is going to change completely.

It's true that HTML5 has issues when running on mobile devices, such as poor performance, broken sound... But our platform solves all of that problems: our unique acceleration technology improves the performance by 10 times; we fix the audio offering perfect multi channel sound; we give access to hardware features like the camera, GPS, accelerometer...

So basically we bring a native-like experience to HTML5 games on mobile.

Pocket Gamer: With Ludei's tech being used by 6,000 developers, I guess you'd argue that it's quietly become an important technology. What do you think need to happen to really move it into primetime?

We are happy to see thousands of developers using HTML5, but we really need to see the Zyngas and Disneys of the world launching their HTML5-based games.

When games developed entirely in HTML5 reach the top of the charts for iOS and Android, then is when the game developer community is going to actually believe in HTML5. And this is about to happen.

Why is WebGL so important for HTML5?

Until now, HTML5 meant 2D games only. With WebGL, a new world is open for 3D games, and there are big titles like RuneScape by Jagex that are making the move entirely to WebGL.

With WebGL, HTML5 has virtually no limits when it comes to game development. And Ludei has a unique technology to run WebGL on every iOS and Android device.

Do you think that even with WebGL, HTML5 is really suited to games, or do you think it will find apps to be more suitable?

HTML5 is perfectly suitable today either for games and apps.

Native app development is already old fashioned and a huge waste of time and money. With the right tools and expertise, HTML5 is the way to go for cross platform game and app development, today.

In terms of the investment, what does that mean for Ludei's operations and future roadmap?

We are hiring engineers to keep on improving our platform and offering app and game developers all the services and functionalities they need to help them develop, publish, promote and monetise easily and faster their HTML5 apps.

If you had to point to some games made with Ludei to demonstrate how good HTML5 mobile games can be, which examples would you give?

iBasket for iOS and Android

And in the upcoming weeks we'll have big launches to showcase. Stay tuned!

Thanks to Eneko for his time.

The return of HTML5: Nickelodeon throws weight behind platform with Ludei deal

Game performance 'sucks with HTML5, unless it is accelerated', argues Ludei's Eneko Knorr