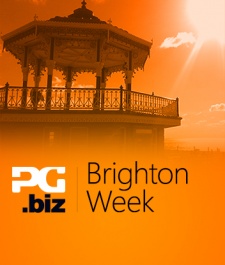 July 10th, 2013 - 10:00am
By Joseph Barron
This the third part of our week-long look at the mobile development scene in Brighton.

Mediatonic is undoubtedly one of the UK's most diverse independent game developers.

With offices in Brighton and London, the studio has cast a wide net over the years, publishing games on almost every platform you can think of.

From iOS to Facebook, Steam, PlayStation Network and Xbox Live Arcade - if you can name it, Mediatonic probably has a game on it.

Some of the company's greatest success has come through its partnership with TV network-cum-publisher Adult Swim, which has overseen the release of three games in the Amateur Surgeon series, as well as Robot Unicorn Attack: Evolution.

Mediatonic's partnerships don't end there, however, with the firm also able to count Disney amongst its previous clients. But what does being based in Brighton bring to the equation?

Much more than a seaside holiday

"We have a studio in central London already and so if you want to be within striking distance of the capital, Brighton is by far and away the best contender," says Mediatonic CEO Dave Bailey.

"Like Soho, Brighton is buzzing with creative and technical talent and it provides a really positive atmosphere to work and live. We looked at other cities, but Brighton seemed low risk and high reward." 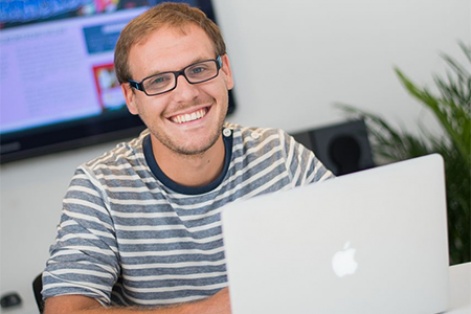 Bailey's enthusiasm for Brighton makes it seem like it was an easy choice to set up shop there, but Mediatonic's founders were originally looking much further north.

"We looked at places the founders knew well including Sheffield and Manchester," Bailey tells us.

"Both have a growing digital economy and are less expensive than the South East; but the distance meant communication would be more difficult. We felt that Brighton could match or exceed these cities for talent and lifestyle and that it was a manageable distance from our HQ."

The prospect of beers by the beach is an attractive one for many of the creative industries that have been drawn to Brighton, but the city's old-fashioned infrastructure  much of it remaining from the Georgian and Victorian eras, when Brighton was a popular retreat for the rich - often struggles to cope with the influx of new businesses.

"It's hard to find good commercial spaces in the centre of town because the city's largely made up of beautiful tall and thin Georgian buildings rather than sweeping open plan spaces," says Bailey.

"That's a shame because there are quite a few large derelict properties which could be converted for the digital scene."

However, despite such hurdles, Mediatonic still likes to be beside the seaside. The wealth of freelance creative talent in Brighton makes the city a fantastic place for a small or medium sized independent developer to plant its flag. Bailey believes the town has a very strong gaming supply chain.

"The development community is very strong as Brighton is home to hundreds of freelance engineers, creatives and micro-businesses who support large companies from humble setups."

Bailey adds that Wired Sussex provides another pillar for Brighton's games industry to lean on.

"Wired Sussex do a good job of providing a commercial hub for the Brighton digital scene and there are plenty of networking events and socials around town."

With Mediatonic split between two locations in Brighton and London, it has a unique perspective on how the games industry is spread throughout the UK.

We asked Bailey to lend us his experience and compare Brighton to some of Britain's other well-known game development hubs.

"Leamington Spa, like Brighton, is a beautiful area in a great setting and that offers lots of lifestyle benefits that make it easier to attract talent," argues Bailey.

"Dundee is very important for Scotland and the British games industry as a whole, but it's an extremely long way from London, which may be important if you want to create an international business." 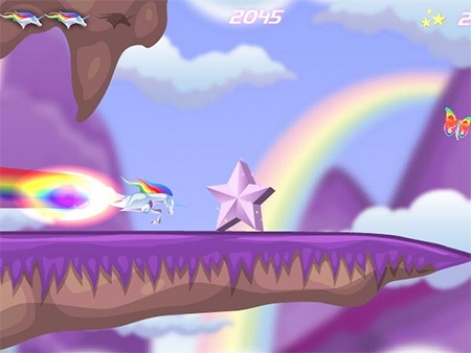 With Bailey suggesting that setting up a business gets more and more complex the further you get from the capital, it's interesting to watch the trendy London borough of Shoreditch rising to prominence in the games industry.

Mediatonic's London office is in the extremely expensive Soho area, but Bailey points out that Shoreditch is becoming just as pricey.

"Shoreditch is an interesting one. We've seen big companies settle there in recent years rather than the young startups it began with."

Bailey argues that these larger companies are to blame for the rise in prices.

"That has driven rental prices to extraordinary levels, rivalling Soho and the West End, so it's position as an incubator area is changing as it becomes a home for more established players."

Develop on the doorstep

Back in Brighton, the Develop Conference is currently in full swing, and that means the whole UK games industry is coming to town. Bailey says this year's event promises to be better than ever.

"Everyone has been talking about Develop this year and there's a lot of excitement about it," Bailey tells us.

"It is fantastic for Brighton and I think the city is the ideal place for a big games event where people work hard but also remember how to have fun.

"It's great for business and we'll have a big team out at the show this year. We have several presentations on the itinerary and we'll be around to catch up with friends and colleagues all week."

But what would Mediatonic like to see improved in the Brighton gaming scene once Develop leaves town for another year?

"Some of the local MPs are supporters of the games industry including Mike Weatherley, the MP for Hove. That was signalled last month when he and UKIE hosted a visit by the Secretary of State for Culture and Media," says Bailey.

"I'd like to see more done by our Council to encourage tech startups and micro-businesses in Brighton with incubator spaces and digital hubs. There's been talk of these in the city before but there's definitely more that can be done."

We'll be back with more from Brighton tomorrow, including an interview with James Marsden, the managing director of FuturLab, one of the UK's most successful PlayStation Vita focused game studios.
Have you worked in video game development in Brighton? What was your experience of the area? Are you attending the Develop conference this week?

How to get a job at Mediatonic