Usain Bolt: When Imangi asked me to be in Temple Run 2, I said yes 'straight away' 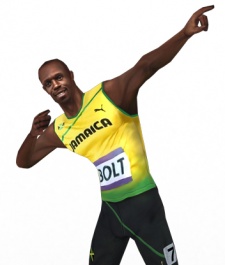 Bolt has been shattering sprinting records across the world for the past 10 years, and Temple Run has shattered many mobile gamer's expectations of what an endless runner should deliver.

Today, Imangi announced that it has added Usain Bolt as a character for players to purchase in Temple Run 2 as part of a limited time promotion.

We reached out to Usain Bolt - who can now be purchased for play for 99c/69p - himself to see what the world's fastest man had to say about the crossover opportunity and what it represents for his brand.

Pocket Gamer: As one of the most talented runners in history, it seems like youre a natural fit for Temple Run 2 - but how did the deal with Imangi come about?

Usain Bolt: I have been playing Temple Run since it came out in 2011 and really enjoy the game.

Since then a lot of people tweet me that I should be in the game. When Imangi approached me I said yes straight away.

What benefits does branching out into mobile game bring to the Usain Bolt brand? And what about mobile games specifically appealed to you?

I think a lot of people play mobile games. I had my BOLT! game last year and it had 2.5 million downloads.

These games are perfect for the mobile platform because you can play them everywhere.

Would you ever consider releasing your own endless runner?

Yes, that will come in the future.

Did you have any condition for your likeness appearing in the game?

All I wanted is that it looked like me.

Do you think theres potential for other successful Olympic athletes to branch out into mobile games?

My motto in life is that "Anything is possible". So yes the potential exists especially if it's a fun game. 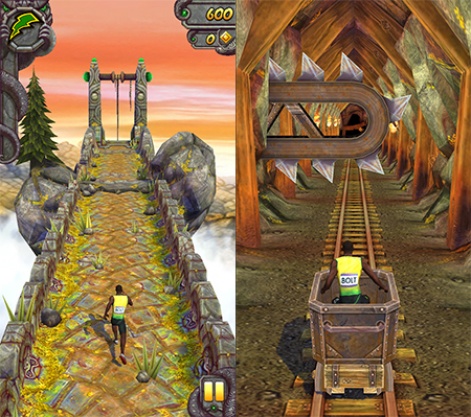