Trying to keep the customer satisfied 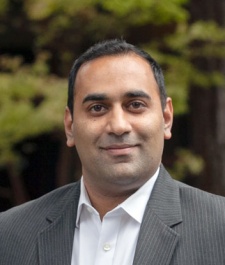 And according to Playnomics' CEO Chethan Ramachandran, the US-based CRM outfit can provide you with the tools to perform similar wonders.

It's just announced its Churn Predictor, which provides visibility on a per player level so you can boost retention and LifeTime Value (LTV).

Pocket Gamer: How accurate is your Churn Predictor?

Chethan Ramachandran: Very. Each of our models are game-specific and we've seen up to 85-90 percent accuracy on an individual player level.

Our Churn Predictor analyzes play patterns from each and every individual player using our machine learning algorithms that identify early churn warning signs such as reduced frequency of play or slowing of achievement. The Churn Predictor then rates the player's churn potential and gives an indicator of how many days a player has left in a game before leaving.

The value is giving game developers a sense of who is about to leave and the ability to take specific actions to prevent it. For example, if a developer puts a message promoting new content in front of highly loyal players who have run out of content to play, the developer will see an increase in days remaining that a player will engage in the game.

How do you calculate data such as LTV for games that have just launched?

Of course accuracy improves with time, but we find that two weeks of play is a good data set. However, our algorithms are based on an understanding of each game's specific mechanics and our experience with those characteristics.

This allows us to have significant predictive capability even in games that have just launched or where we have limited retrospective data.

Given the tens and hundreds of thousands of daily players many games have, how is this sort of data actionable?

Our system is designed to show developers which audience segments in their games are valuable and give them the ability to talk to them directly in the game. Going back to the example in question 1, if you knew loyal players were about to leave, you'd want to tell them about new levels, maybe give them a discount in the store, or even promote the next game in your portfolio to them.

Other use cases include:

1. Predict Player Quality: Acquisition Managers can reallocate dollars to acquire new players who are predicted to be a higher-quality revenue source.

2. Proactively Increase Retention: Identify high-value players who are at risk of quitting, and get direction on where and when to implement dynamic, targeted campaigns to prevent them from leaving.

3. Re-engagement: Bring back lapsed players by finding recently churned players and use re-engagement campaigns to immediately bring them back into the game.

The ability to segment players and take action to keep them represents a huge revenue source for games. In addition to the direct cost of lost revenue, it is always cheaper to keep a player (spender) than to acquire a new one.

Can you provide any data about how companies using your smarts have improved their metrics?

Each of our campaigns are run against a control group of randomly selected players in a segment as a baseline.

Companies using our technology have been able to micro-target segments to encourage longer gameplay, driving hours played per player over 140 percent higher and spending per player 160 percent higher. Targeting has also been effective in increasing the number of spenders by 35 percent and whales by 85 percent.

There seems to be a trend that developers are dialing back on KPIs and focusing more on making fun games. How can Playnomics help in that context?

Focusing on making fun games is what developers should be doing. Our goal is to make the in-game marketing and monetization simple and automated.

Using our PlayRM platform, we allow the publisher to craft specific experiences for targeted segments of players that are most likely to enjoy them. We want developers to focus on making great games, and leverage our PlayRM system to increase player satisfaction when the game is live.

You can find out more about Playnomics' services via its website.

Chart of the Week: 63% of lifetime IAP spend happens on day-one

Up your engagement: Playnomics launches behavioural based push notifications